In my last blog post, I championed the use of common names of organisms, some of which are vividly descriptive [1]. For fun, I've compiled a list of common names of marine organisms that illustrate their beauty and would love to know your favourites (I've limited the list to organisms of marine coasts to reduce the huge number of potential examples). 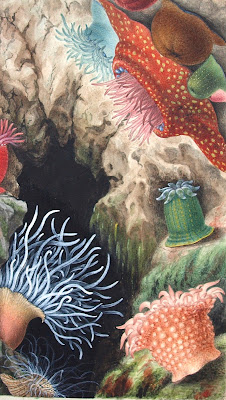 To make the post into a quiz, the group to which each organism belongs is given at the end (in the order of the list of common names) and the illustration above gives a clue to four of them. All are in English, but those who speak other languages may like to compile their own list of favourites.

Latin binomials and the beauty of common names


I first became fascinated by larval blackflies as an undergraduate: there was something about their structure, means of attachment to substrata in fast-flowing streams and rivers, and their ability to feed on particles carried by the current. I went on to study the distribution of larvae in moorland streams for my PhD under the inspiring supervision of Dr Lewis Davies at Durham and this led to my independent investigations on larval feeding. I then became interested in the biology of larvae inhabiting lake outlets after meeting Staffan Ulfstrand and the Rheo-Group at the University of Lund in Sweden. We carried out field work in Swedish Lapland and could only provide speculative answers as to why some species are found in huge numbers where rivers drain from lakes. 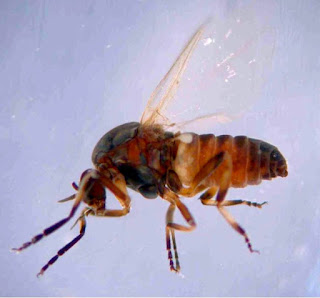 Blackflies is one common name in English for these insects and they are not to be confused with aphids that inhabit legumes, although they share the same name. You will note that I have also used one word, whereas in North America these insects are called Black Flies - or Buffalo Gnats, a reference to the hunched appearance of the thorax (see above). Having complete metamorphosis, the adults look very different to the larvae and also to the pupae, but the term black fly or blackfly applies to all three stages.

To overcome confusions in the use of common names, both within and between languages, Linnaeus proposed the universal adoption of the Latin binomial system of nomenclature, as in Homo sapiens, for example. This allows accurate identification that is worldwide and international bodies administer the rules of nomenclature [1,2] and act as final arbiters should there be disputes. Even after Latin binomial names become established, they can be changed. After my Swedish adventure, I began studying lake outlets in England, where one species of blackfly, named Simulium argyreatum (it doesn't have a common name to my knowledge), is found in such huge densities that larval masses look like the thick pile of carpets. A few years after I started looking at the biology of this fascinating animal, its name was changed to Simulium noelleri. This was after a careful examination of species described by an entomologist named Meigen, and following the rules of nomenclature [3] (if you would like to read more about nomenclature of these insects, or any other aspect of their biology, you should read Roger Crosskey's brilliant book The Natural History of Blackflies, see below). 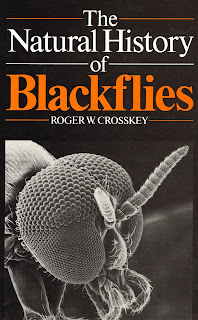 The revision meant that my publications contain papers that use two different species names, yet they are the same species, and I became so identified with the larvae of S. noelleri (ex. S. argyreatum) that a cartoon was drawn of me as a larva of this species, complete with head fans and mouthparts instead of hair (see below). Those who chuckle at the humour are probably unaware of the name change. 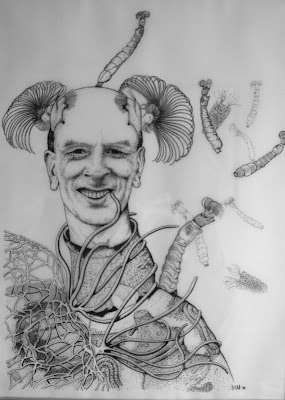 The disadvantage of common names, compared to Latin binomials, is that there is no overall authority to oversee their use and there are a large number of names in many languages. However, they are more easily remembered. Thus, anglers identify blue-winged olives, but not Serratella ignita, and the common name applied to the adults is also applied to larvae, even though they are yet to have wings. Many who take part in the excellent programme of Riverfly monitoring [4], used to assess the condition of rivers in the UK, use common names rather than the Latin binomial, especially as not all Riverflies are identified to this taxonomic level.

Common names are not only easier to remember; they are also descriptive. For example, the fungus Amanita phalloides is better known as the Death Cap and Amanita  vivosa as the Detroying Angel – both are highly poisonous to humans. Many other species of organisms have been given splendid, almost poetic, names:

This is but a small selection from thousands of names that certainly stick in the memory of English speakers, but they mean little to those who use different languages and that's the problem that is solved by Latin binomials. There is richness in the common names though, even those that are very local, and they lend themselves to what Gosse described as the Romance of Natural History. I'm pleased that we continue to use them.