Looking back on Academic Life

I was very proud to be made an Emeritus Professor of Biology at UCL after spending the last 23 years of my career there.

Those years were not all spent in one location, as there were several moves to different buildings within the campus, resulting from amalgamations and re-organisations. My last year was spent in a building away from the main campus as no rooms were available in the refurbished building occupied by my latest Department. That was rather good in a way as, although I missed chatting to some of my colleagues, I didn’t feel that I fitted in with the contemporary focus of Universities. My interests had always been in research and teaching, but with each on an equal footing; research fascinated me and enabled me to follow my muse, while teaching gave the chance to pass on my fascination. That approach to academic life is now old-fashioned and, to have been more successful, I should have dedicated myself more to writing grant proposals and networking with those who could help me in my career. Maybe that sounds like the thinking of someone who didn’t have the necessary drive and ability to succeed and there is some truth in that. I was never going to be a high flier in research, even though the citation for the DSc degree I was awarded in 2008 stated that I had “distinguished myself by research and learning”. My interest in research was much more in having fun with ideas and then testing them out.

I loved teaching. Each year there would be a new group of students and we could work together on various subjects. The students mostly seemed to like me letting all my enthusiasms show, and were even accepting of some of my rather eccentric impersonations of animal locomotion and behaviour. Having had no pedagogical training, I was free to use my own approaches in teaching, so the end-product was the result of a certain amount of trial and error. As Biology is to me a wonderful, wide-ranging discipline it was easy to be motivated and to motivate students. Even more highly valued that the DSc are the three Teaching Awards which I received from UCL (a record, I think).

While very few colleagues had any wish to attend Graduation, for me it was one of the highlights of the year. Not the dressing-up, as parading in academic dress was never one of my favourite activities, but the chance to say goodbye to a year group of students and to meet with their families. What a difference between their first few days at University and the polished products that were now in the “outside world”. What a pleasure it was to work with most of them, even those who didn’t much care for the subject in that way that I did.

Few parts of academic life brought more ups-and-downs than the behind-the-scenes job of tutoring. It was always something that I felt was important and I did what I could to support students who were not having the best of times. Sometimes there were failures, and I regret that I may have made some bad decisions or given poor advice, but there were a lot more successes. Not successes for me, as I was just a sounding board, but for the students who were able to fight through their difficulties. Whatever the rewards of research and teaching, it was the pleasure of seeing these students graduate that provided some of the best times of my career as an academic. It sounds mawkish, but it happens to be true.
Posted by Roger at 09:15 No comments:

Looking at gulls – evidence of a God, or not? 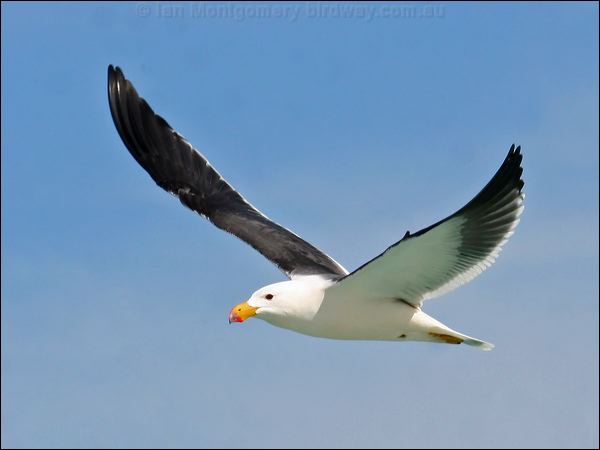 
Take a look at this picture of a gull. What comes to mind? Being “bombed” with faecal matter while walking along a promenade at the seaside, or putting up with loud and raucous calling when gulls squabble over discarded refuse? Or perhaps one is taken by its elegant colour scheme?

As I spent several years teaching animal locomotion, what I see in the picture is a near-perfect flying machine. The wings are aerofoils and, as long as air flows over them in gliding flight, they generate lift. This is because the wings have a convex upper surface and a slightly concave under side, so air has to travel faster over the upper surface causing a lower pressure. The gull is thus “sucked” upwards – just like aircraft wings operate, although birds were first in having this feature by quite a few years. Of course, the wings are also used in flapping flight, requiring powerful muscles, especially those used to depress the wing. When sufficient airspeed has been achieved, the gull propels itself using oscillations of the outer part of the wing, while holding the inner section relatively still, so that its aerofoil section is used efficiently. Explaining oscillation would require me to go into too much detail for this blog and, for that matter, so would explaining the mechanism of flapping flight.

Then there’s the shape of the body. The picture shows that the gull has a near-perfect streamlined shape thanks to its covering of feathers – but feathers of a different type to those of the outer part of the wing. The profile feathers allow the smooth flow of air over the body, so that turbulence behind the gull is very much reduced. This, in turn, reduces drag and thus conserves energy needed for propulsion. It means that the tail feathers can be used to deflect air and function as a rudder; and note the position of the feet – tucked up to ensure the smooth air flow is not badly disrupted. Profile feathers also create the shape of the wing and feathers of a third type – down – ensure that the gull’s high body temperature is maintained by acting as efficient insulators.

I could go on and on like this – and did during lectures – but no-one can look at a gull without thinking that it is extraordinarily well adapted to moving through the air. For those who believe in Creation, all the features of the gull (and I’ve only mentioned a few here) are evidence of the power of God. For those who believe in evolution, there is the puzzle of how all the small stages that occurred in the transformation of a scaled reptile into the gull came about through mutations in genes. For atheists, it is a matter of chance; for theists, a result of something designed, just as for believers in Creation. Both theists and atheists are swept up in a sense of wonder at what they see. So, now comes a question. Is this sense of wonder identical in those that believe in a God and those that do not? If the answer is “yes” doesn’t that invalidate the argument of those, like Henry Gosse, who use such feelings as evidence of their God? Does anyone out there have any views on this?

Three years ago, I published an article in Opticon1826 entitled “Angels, Putti, Dragons and Fairies: Believing the Impossible” (http://www.opticon1826.com/article/view/opt.070906). The contents of the article were taken up by the media e.g. http://www.telegraph.co.uk/topics/christmas/6860351/Angels-cant-fly-scientist-says.html and there was some lively discussion at the time on blogs and websites. All of it was about angels – no-one cared as much about the other types of winged creatures/persons that had been described.

It appears that angels have a special significance for us. We like to have the notion of guardian angels; of angels that link us to Paradise after death; and angels who attend to our Deities. Our images are benign, often reflective in pose, and always with wings that are feathered. Why those images? Well, the uncomfortable answer is that our illustrations of angels originally copied statues of winged deities from Greek mythology (although we would never accept that, would we?).

There are images of bird-winged angels everywhere – in churches, cemeteries, art works, etc. Why, if there is no basis for them? The article in Opticon1826 suggested some reasons but, whether we believe in angels or not, it is extraordinary to think that we accept the ancient conventions on their appearance, yet we have so little information to support this view from the Holy Books of the major western religions.

It is not for me to comment on how angels manifest their presence, but what basis is there for believing they look like this?:

Why bring make-believe into religion? Faith is surely much too important for that?


Over the past two days, I’ve been part of a Facebook correspondence about water bears (tardigrades). It started after Susan England posted a scanning electron micrograph of one of these unusual, yet common, creatures. We can’t see them without a microscope, but they are found in almost all aquatic, and damp terrestrial, habitats. Some of them have the remarkable power of being able to dry out and then come back to life (a capacity shared with a few small worms, some minute animals call rotifers “wheel animalcules”, and one species of midge larva, Polypedilum vanderplanki [why only one species of this ubiquitous group of insects?]). It was clear from the responses in the Facebook correspondence, that there was a fascination with water bears and yet very few of us even know of their existence. Henry Gosse knew all about rotifers (he wrote a classic tome about these invertebrates) and he also knew about the power of the microscope in bringing new worlds to our attention. However, he never faced the question “How did that adaptation evolve?” because he believed fervently in Creation as described in the book of Genesis.

I believe in evolution and also in our lack of comprehension of geological time scales, and have written about this in “Walking with Gosse: Natural History, Creation and Religious Conflicts”. Despite our differences, is there a similarity between myself and Henry Gosse? Clearly, the answer is yes. We are (were) both amazed by what we see (saw) around us and are both left with a sense of wonder – he, with the power of God and me with the extraordinary powers of chance mutations and selection. Qualitatively, I suggest that our sense of wonder is identical, so why the hassle over explanations?
Posted by Roger at 11:04 No comments: 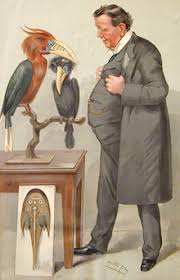 I was very pleased to be named as one of the winners in the UCL Research Frontiers competition: http://www.ucl.ac.uk/research-frontiers/contest. E Ray Lankester (above, centre), the subject of my entry, was a formidable man but he had great judgement and pushed for what he felt was right.

When writing the “Imaginary Interview”, I was already aware of the mutual respect between Lankester and Henry Gosse, as Lankester’s name cropped up several times during my research for “Walking with Gosse: Natural History, Creation and Religious Conflicts”(above, left). Lankester had been inspired by Gosse (above, right) when he visited the Lankester family home and told Ray of the many wonders of Natural History that he had observed. In turn, Lankester, much later, ironed out problems that Henry Gosse had with the Scientific Establishment when he insisted on referring to his devout Christian beliefs in scientific publications. It was also Lankester who suggested that Edmund Gosse should write the first biography of his father, which appeared as “The Naturalist of the Sea-Shore: the Life of Philip Henry Gosse”.

Both Ray Lankester and Henry Gosse were great figures although, like all great people, they had areas of quirkiness. For Lankester, it was his sometimes bombastic approach; for Gosse, his imprisonment in narrow religious beliefs. I find it easy to forgive both, so what better way to have launched “Walking with Gosse” than in the Grant Museum of Zoology at UCL? In the Museum, which Lankester helped to develop, are some of the specimens he used in his pioneering research and, with that all around us, we were able to discuss Henry Gosse and the respect everyone felt for his achievements. It was a special occasion.
Posted by Roger at 09:57 No comments: