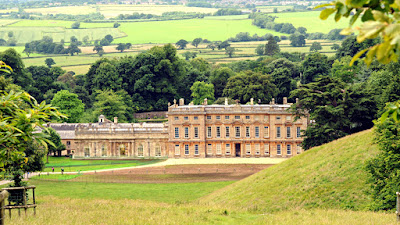 Last week, I visited Dyrham Park for the first time. The late 17th and early 18th Century house has a breathtaking setting (see above) and its grounds, with their ponds and formal gardens, add to the perfection of it all. The interiors are equally splendid and I enjoyed walking around, looking at the furnishings and decoration, but I was drawn to a painting. This was Murillo's An Urchin Mocking an Old Woman eating Migas that had been in the house for centuries, although the canvas I was staring at was, I think, a copy [1] of the original (see below). 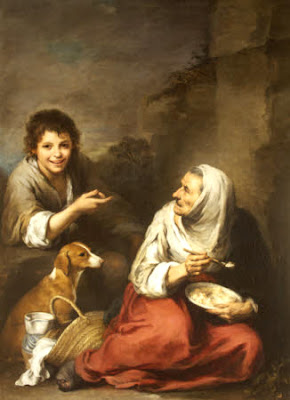 There are two threads to Murillo's work: religious paintings and those of street life, and the painting at Dyrham Park combines both. Prolific and popular in his time, Murillo had an excellent technique and was able to convey movement and feeling. I remember being struck by his work when I first saw The Heavenly and Earthly Trinities [2] on a visit to the National Gallery in London as a teenager. 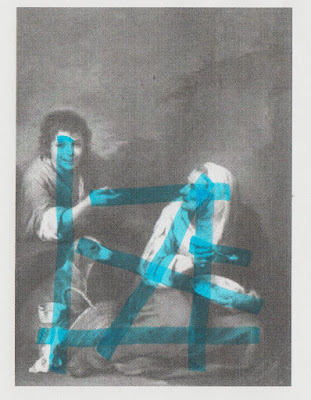 I have indicated the main lines of composition in the Dyrham Park painting above, the background being of little significance. From this analysis, we see that our eye is led around the images, with the lines drawing us to the face of the woman and, over and over again, to the face of the boy. The dog also plays a part, as does the food that the woman is attempting to eat with a spoon. The boy has a beautiful face (we can barely see his body, but for the right shoulder and arm) and, while engaging us, he is mocking the old woman, who looks across and up with fear and resignation. Her bowl of migas is drawn to one side and partially hidden from him (and the dog) by her right arm. The message is one of the cockiness of youth and the despair of bullying in old age and being able to do nothing about it. While the religious component is hidden, the painting could be taken as a model for at least one of the Beatitudes [3] and may well have been conceived by Murillo with this in mind.

Another question arises from the title of the work: what is migas? By chance, I had lunch yesterday at Moro in Exmouth Market in London. On the menu (see below, with magnified section) they had migas as an accompaniment to grilled lamb and sweetcorn, so I had some. The migas that I was served was a ball of fried, seasoned breadcrumbs and this is the way the dish is served in modern Spain, and in many other countries, often with some small pieces of meat or chorizo included. It is thus "leftovers" and this further emphasises the lowly position of the old woman in the painting, although her migas looks much more substantial and was possibly of bread scraps moistened with liquid (water, milk, or oil?) from the jug seen in the bottom left of the composition. 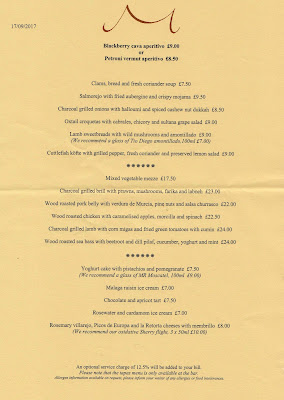 If you get the chance, visit Dyrham Park [4]. It is a magnificent place and you, too, can stare at the Murillo painting and be challenged by Murillo's urchin.