Being inspired by Frank Buckland.... ....with ideas for controlling Grey Squirrels and Canada Geese


Frank Buckland (1826-1880) was a free spirit in the World of Victorian Natural History. He was the eldest son of William Buckland, the Canon of Christ Church Oxford and later Dean of Westminster, and both his father and mother had a passion for plants and animals. This was a strong influence on Frank as he grew up and his love of Natural History did not abate during his career as a surgeon in The Life Guards. While in the Army, he became a popular lecturer and writer of articles for the general public, including regular descriptions of recent arrivals at London Zoo, and, after failing in his bid to become the senior surgeon of his regiment, resigned his commission to continue a new career as a professional Natural Historian. 1 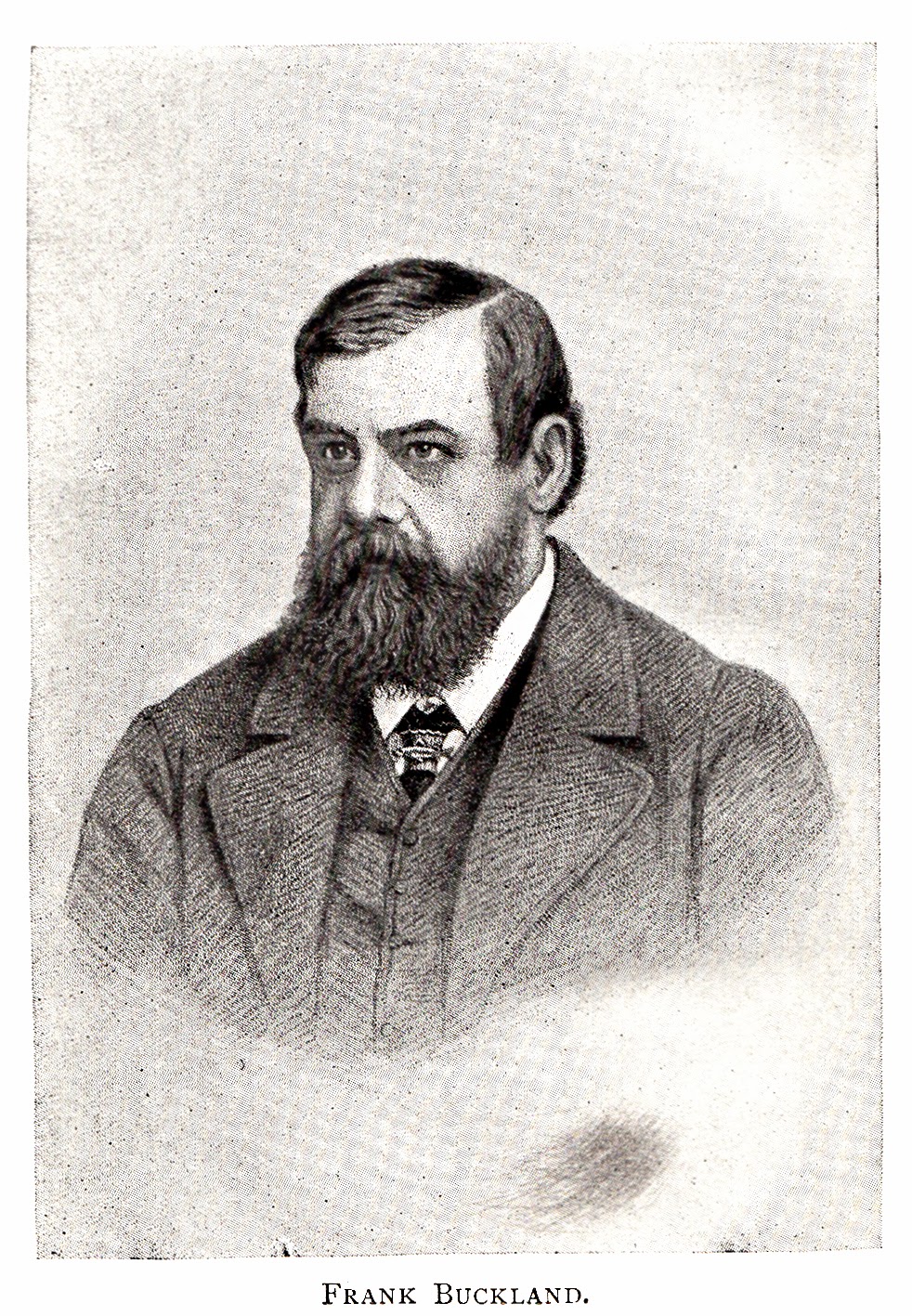 Frank Buckland was certainly unconventional and this is highlighted by his biographers. The US version of G.H.O.Burgess’ book The Curious World of Frank Buckland  is titled The Eccentric Ark 2 to emphasise the nature of Frank’s home surroundings, and Lynn Barber 3 describes Frank as “The Pioneer of Zoophagy”. From a child, through adulthood, he was surrounded by a menagerie of animals and Frank was an enthusiastic sampler of all new types of food put before him, a trait that he had early in life - having tried crocodile as a young child and several kinds of native food caught on foraging excursions during his time at Winchester College. 2 Frank Buckland’s brother-in-law, George C. Bompas, records: 1

Buckland emulated [Gilbert] White and [Charles] Waterton in never stating anything as a fact, of which he had not satisfied himself by actual experiment. I once found him cooking a piece of a dead kelt [a salmon that has spawned]. “Good gracious!” I said, “how can you eat anything so abominably nasty?” “No doubt,” he said, “it is nasty enough, but how can I say so unless I have tried it?”

A channel for Frank’s interests came in the mid nineteenth century. In 1854, the Société Impériale Zoologique d’Acclimatation was founded in Paris and thus began a movement that was close to Frank’s heart. The Acclimatisation Society was formed in London in 1860 (a full description of the movement in Great Britain and elsewhere is given in Christopher Lever’s book They Dined On Eland: The Story of the Acclimatisation Societies 4) and this brought many of Frank’s interests in Natural History together, especially the collecting and eating of animals and plants, of a range that was quite unfamiliar to most. He seized on the chance to further “The art of discovering animals, beasts, birds, fishes, insects, plants and other natural products, and utilizing them in places where they were unknown before” 2 In Acclimatisation, Frank had found a cause and, together with other Society members, he suggested a whole new series of immigrations and domestications. Bompas 1 quotes Frank as saying:

On January 21, 1859, I had the good fortune to be invited to a dinner, which will, I trust, hereafter form the date of an epoch in natural history; I mean the now celebrated eland dinner, when, for the first time, the freshly killed haunch of this African antelope was placed on the table of the London tavern. The savoury smell of the roasted beast seemed to have pervaded the naturalist world, for a goodly company were assembled, all eager for the experiment. At the head of the table sat Professor Owen himself, his scalpel turned into a carving knife, and his gustatory apparatus in full working order. It was, indeed, a zoological dinner to which each of the four points of the compass had sent its contribution. We had a large pike from the east; American partridges shot but a few days ago in the dense woods of the Transatlantic West; a wild goose, probably a young bean goose, from the North; and an eland from the South.. ..The gastronomic trial over, we next enjoyed an intellectual treat in hearing from the professor his satisfaction at having been present at a new epoch in natural history. He put forth the benefits which would accrue to us by naturalising animals from foreign parts, animals good for food as well as ornamental to the parks.

One of the features of The Acclimatisation Society was their Dinners. For example, the Society Dinner on 12th July 1862 included bird’s nest soup; tripang (a sea cucumber that required much cooking as the specimens had been dried); kangaroo; soup made from the tendons of Axis Deer; Chinese lamb; wild boar; pintail duck; Canada Duck; Curassow (a South American bird); Guan (a Central and South American game bird); rabbit; Honduras Turkey; and sweet potatoes. Bompas goes on to describe the rest of the offerings: Digby herring salad; Botargo (“the roe of the red mullet, dried and used as caviar by the gourmets of the Ionian islands”); and a series of fruits from Réunion, Dominica and also from Australia. Opinions were expressed on the various courses and there was much discussion of the animals and plants likely to be imported, and reared, in Britain. 1


- Entrees (10 dishes, including Fricandeau of Wombat and Curried Bandicoot)


- Cold (9 dishes, including Galantine of Turkey)


- Roasts (11 dishes, including Saddle of Kangaroo and Wood Duck)


The dinner not only shows the preparedness of those present to sample a wide range of native foods, but also introduced types. Of course, introductions escape and we are now very familiar with the problems created, for example, by rabbits in Australia and by Grey Squirrels and Canada Geese in Great Britain, and in other countries. However, we could follow the Acclimatisation Societies and regard them as valuable sources of food. For example, Grey Squirrels and Canada Geese are good to eat and are already being promoted on a small scale 6,7 It would only require a celebrity chef to use these animals in a cooking show on TV to ensure wide-scale demand. Many of us seem reluctant to experiment with unfamiliar foods, unless given a lead by someone in the media; someone who could take on the mantle of Frank Buckland. The killing of Grey Squirrels and Canada Geese would certainly cause an upset, as groups of both animals are fed readily by members of the public, especially those with young children. Yet, the same people love to see pigs, sheep, cows, etc., in fields, while trying to forget that they are taken from farms to markets and from markets to abattoirs. Grey Squirrels and Canada Geese, in contrast, would be culled in their natural surroundings and that is surely more acceptable?


4 Christopher Lever Bt. (1992) They Dined on Eland: The Story of the Acclimatisation Societies. London, Quiller Press.