The Banks of Green Willow


As Henry Gosse pointed out in the Preface of A Naturalist’s Rambles on the Devonshire Coast, Natural History is not only about plants and animals but also their surroundings. This landscape provides us with inspiration and some talented individuals are able to convey their feelings about it in words and pictures. However, it is music inspired by landscape which seems to have the most effect on the emotions (or is that just how it appears to me?). 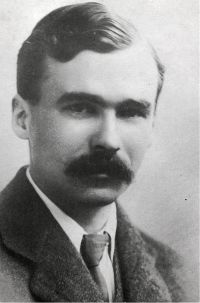 Since I was a child, I have loved George Butterworth’s The Banks of Green Willow and, if you don’t know the piece, you can hear it at: http://www.youtube.com/watch?v=ZlXE1152dyc The composer described it as an idyll and its two main themes are from folk songs, so it has a pastoral underpinning. What goes through your mind when you listen to the music? For me, there are images of streams and rivers, of village life and perhaps even cricket on the green (apologies to readers outside the British Commonwealth for that allusion). It’s deeply comforting and we are each likely to have our own recollections prompted by the music.

Butterworth collected folk songs and, as a leading figure in the English Folk Dance and Song Society, was also a keen dancer. With Cecil Sharp and others, he learned many dances by visiting villages and local celebrations, appreciating their musical accompaniment as well as the intricate moves involved. There’s something about folk tunes that brings a strong link to their geographical origins and this applies to the folk music of many cultures but, as Michael Barlow states in Whom the Gods Love, Butterworth was “very much a man of the English countryside”.  Just like his good friend Ralph Vaughan Williams.

Although music played a very important role in his life, Butterworth was also a gifted sportsman and a man of principle, partly from his character and partly through his education at Eton and Oxford (where his academic performance in Classics dwindled as he spent more and more time on music). He was a born leader and was awarded the Military Cross in the First World War for commanding a Company of the Durham Light Infantry after their Captain had been wounded and could not continue in command. George Butterworth was killed by a sniper’s bullet fired into a trench in the Somme early in the morning of 5th August 1916, less than a month after his 31st birthday. The sense of horror arising from this violent death in a First World War trench could not be further removed from all the feelings engendered by listening to The Banks of Green Willow. It's so sad.

Michael Barlow (1997) Whom the Gods Love: The Life and Music of George Butterworth. Toccata Press: London.