Last week, I had lunch with a group of ex-colleagues and it gave me a chance to chat with a geologist. I won’t identify him, but he is certainly an expert and also very good company, being cultured and urbane. So, I mentioned my current topic of interest - the Origin of Life - and, without knowing my views, he stated immediately that life on Earth was likely to have originated from an extraterrestrial source. As you would expect, I then asked him how he defined life. A little taken aback at my question, he explained that he was in the camp which considers that life probably began with the development of self-replicating molecules and that these, or perhaps their immediate precursors, arrived from somewhere in space. I then came clean and told him that I think that life began with the formation of the first cell and that this may have been a single event of extraordinary significance, with this first cell being the ancestor of all life forms we have today and through geological time. It would be a true moment of Creation if it was not down to chance, which I believe it to have been (note the use of the word “believe” here, by the way).

On hearing my view, the geologist then went on to say that the formation of the first cell was dependent on the enclosure of various components by a membrane and that this would have developed by layering against a clay particle of some kind. Now, whether one believes that the chemical components of living things had an extraterrestrial source or not, there was a need for assembly, and clay particles have chemical characteristics which would aid the process. Another part of this discussion about components is that molecules that result in the complex sub-units of living cells are formed in conditions like those which exist in contemporary “white smokers”, a type of hydrothermal vent found deep in oceans and which we have only known about for a few decades. Just like the idea of extraterrestrial sources of complex chemicals and the formation of the first cell (or, perhaps, cells) on the surface of clays, the smoker theory of the Origin of Life is speculation. The theories may well be correct, but they are only theories, despite having been given near factual status by constant repetition.

One point we can all agree on is that life began in water, as the contents of the first cell must have enclosed fluid from a surrounding aquatic habitat. As a result, one of the first things we look for on other planets is water, or evidence that water has been present, or that water may be trapped beneath the planetary surface. If we cannot do that, we try and locate planets which may have Earth-like conditions (although these have changed radically through time), as they may harbour water somewhere on, or near, their surface. The extension of this thinking is that, if we find water, we are likely to find life. If life originated with the formation of a single cell in a once-only event on Earth, the chances of finding anything like cells elsewhere seem infinitesimally small. There is a possibility that some complex organic chemicals may be identified in water from another planet and, no doubt, this will be claimed to be evidence that life exists elsewhere.

As we cannot agree on a definition of life, and as we have no idea about its origin, despite all the myths, isn’t it safer to adopt the approach advocated by Karl Popper - the idea of falsifiable hypotheses? It is much more logical to suggest that no cells exist anywhere else in the Universe and then disprove that hypothesis, rather than make assumption after assumption about chemicals, water, clay, white smokers etc. and build it into layer upon layer of myth to comfort us into thinking that we are not alone. No-one would suggest that that the images of life on other planets found in films and comics, for example, are anything other than fantasy, but couldn’t that claim be levelled against some of the conclusions of scientists? I hope not. 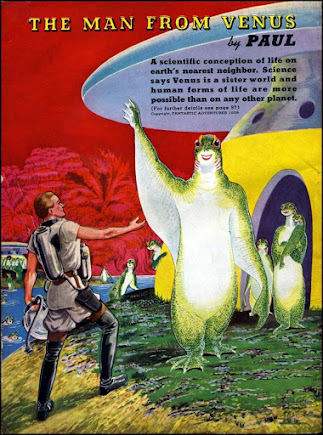