On 16th January, The Independent carried an article by Jeremy Parrott about the various people who contributed to All The Year Round, a weekly magazine owned, and edited, by Charles Dickens [1]. Much was made in the article of Frank Buckland, whom Parrott describes as "an epitome of British eccentricity" for keeping a wide variety of animals in his home and for the habit, infused by his eminent father (William Buckland, Dean of Westminster from 1845 to 1856), of eating many kinds of animals, both for pleasure and as a means of investigating whether they should be farmed [2].

Buckland is often mentioned alongside Charles Waterton, another eccentric Natural Historian; Waterton as much for his ascetic way of life, climbing habits, and attitudes to medicine, as for his love of animals. There was an exception to his affection – the brown rat. As a Roman Catholic Squire, he was strongly anti-Hanoverian and believed that brown rats were brought to Britain on ships conveying the future George I, making them proxy hate obects. It didn't help that his home, Walton Hall, was infested with the rodents. Waterton also gained notoriety for riding on the back of a cayman during one of his visits to South America, despite this being the best way to subdue the animal for the neat kill required for the preservation of an undamaged skin. Waterton was an accomplished taxidermist and also composed groups of animal skins in cabinets to convey satirical messages [3]. 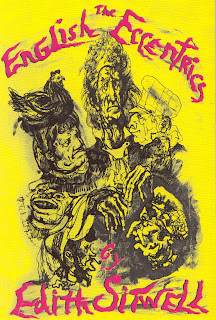 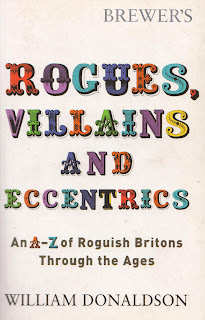 Waterton is given a whole chapter to himself in Edith Sitwell's The English Eccentrics [4] and he is included, together with Frank Buckland, in William Donaldson's more eclectic Brewer's Rogues, Villains and Eccentrics [5], subtitled An A-Z of Roguish Britons Through the Ages. It is difficult to avoid the conclusion that eccentricity is a characteristic of English, or British, society, but I'm sure that is not the case and eccentrics are found everywhere. However, it seems that English cultural norms are especially suited to eccentricity and Edith Sitwell celebrated this in The English Eccentrics [4]. In it she writes:

I doubt whether either Frank Buckland or Charles Waterton would have regarded themselves as being eccentric and they were protected from constraints that most face because of their privileged upbringing and way of life. However, the ordinary (to use Sitwell's term) often think of eccentrics in a negative light and that is reflected in Donaldson's book, where they are quite undeservedely grouped with rogues and villains. That seems harsh.

It is tempting to ask whether eccentrics provide a valuable function in addition to being figures of fun (as they are commonly regarded in private). I think they do and I'll draw an analogy. In science, we commonly investigate the relationship of two variables; for example, weight against length in a group of insects. Mostly, points fall close to a line but occasional ones do not and we call these outliers; one individual may be noticeably heavier than others of the same length, for example. The initial reaction of students to outliers is that they represent an error in measurement and this may indeed be the explanation. However, some outliers are real and, after careful checking, remain outside the trend. Students find this annoying as it can affect the significance of the relationship they are trying to establish. In our example this would be that weight increases in a linear fashion with increase in length and an outlier individual may be unusually heavy because it has a thicker body covering for some reason.

Just as outliers in science are interesting, so eccentrics are similarly interesting as they show ways and attitudes that are different from the accepted norm of the time. There may be one eccentricity or, in individuals like Frank Buckland and Charles Waterton, a suite of them.

Most of us prefer to conform to conventions because they allow us to feel comfortable and have a sense of belonging. Indeed, the need to conform can bring pressures to "keep up with the Joneses" as it has been termed, even though we may feel that doing so is rather silly. There is always the pressure to conform, but the eccentric has no worries on that score as they need only their own personal view and the freedom to pursue whatever they wish. We sometimes look on eccentrics with suspicion, as they challenge our view of what is "normal", but this is a narrow way of thinking. Just as I was always interested in outliers when working in science, so I am fascinated by eccentrics and what they have to say. I always enjoy reading about Buckland and Waterton and wonder who their contemporary equivalents may be.

Having general agreement about ways to proceed do not necessarily mean that those ways are the best, so we should embrace eccentrics and challenge conventions. The conventions that are valuable will persist, but others will be seen only as trends. That applies to the study of animals that so consumed Buckland and Waterton, but it applies generally too.