An article on the Sky News web site had the headline: Does Humble Limpet Hold Key To Future F1 Cars? It referred to the findings of Asa Barber and colleagues on the strength of limpet teeth (there were many other reports of this work in the Media, most with catchy headlines). Intrigued, I read the original publication describing the detailed studies and the comparisons made by the authors between the strength of limpet teeth and strong, Man-made materials. In the paper [1], there was none of the colourful reporting that I had seen in newspapers and on the web. 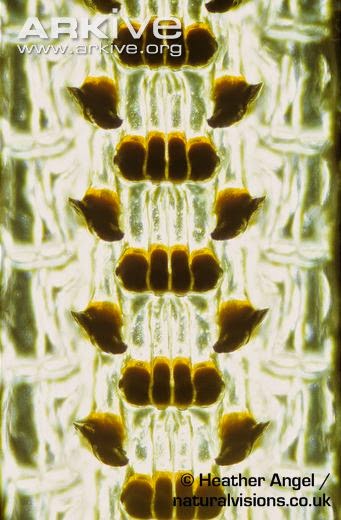 The teeth of limpets are set on the radula (see above), a rasping tongue, used to scrape rock surfaces and thus acquire food from attached algal and microbial biofilms. In moving over stone surfaces, the teeth “need to be extremely strong and hard to avoid catastrophic failure” although the scraping action does cause them to become worn [1]. Strength comes from a mineral, goethite (iron oxy hydroxide), that is formed in filaments within a matrix of protein with the “mineral nanofibres typically many micrometres in length but only a few tens of nanometers in diameter” [1]. In non-technical language, the strengthening filaments are long and very thin and this provides the optimum arrangement for resilience.

Limpets are very common around shores and are certainly successful snails (members of the Class Gastropoda). As I was brought up by the sea, I became fascinated by marine organisms and their habits and, like many children, was intrigued by the ability of limpets to cling on to rocks and thus resist any amount of kicking by me. I learned that this attachment was made possible by the muscular foot and was not related to suction as I had thought. The foot has numerous minute extensions over its base and these interface with the (microscopically) rough surface to which the limpet is attached, a thin film of mucus ensuring good contact. This tight attachment serves not only to prevent limpets from being removed, but also allows a near perfect match between the shell and the rock, minimising water loss when the tide is out. The attachment is so close that the rock can become eroded into “home scars” and the margin of the shell follows contours, like those created by the barnacles in the illustration below. 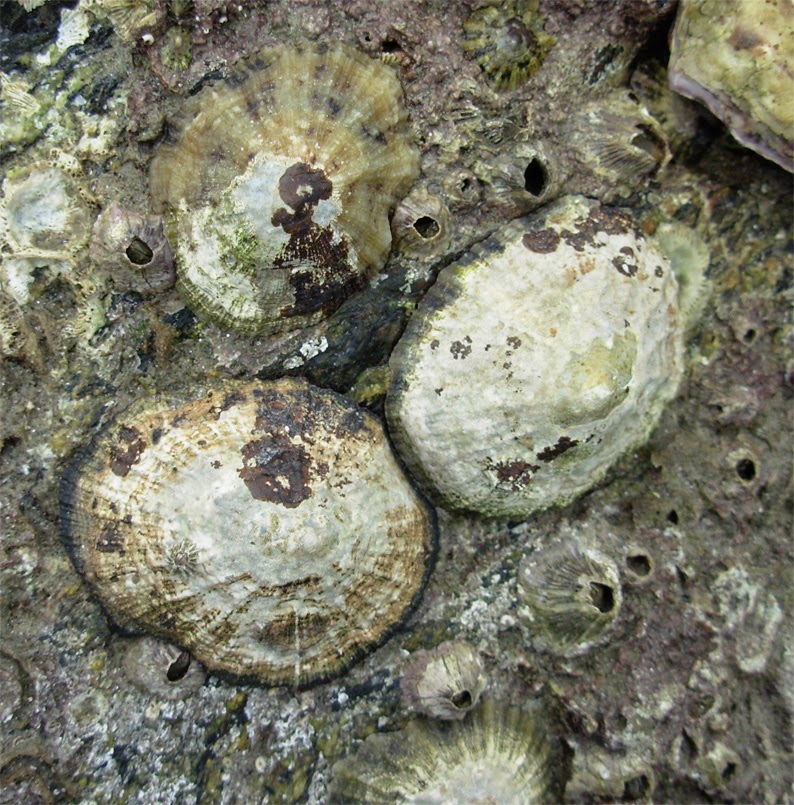 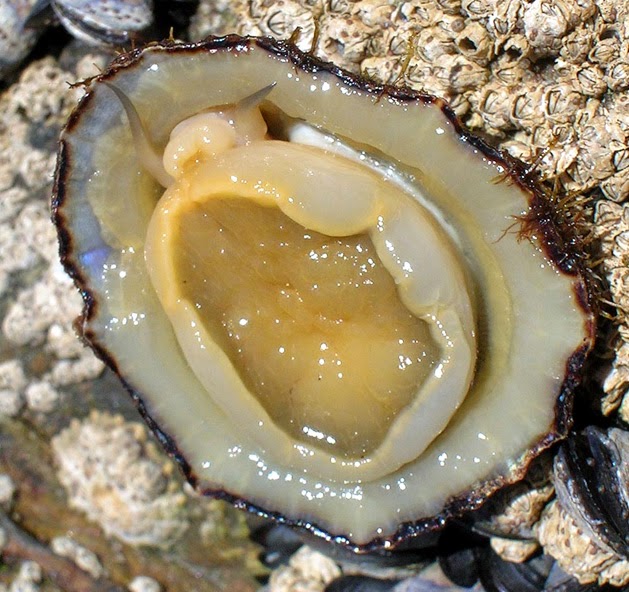 Everything changes when the tide comes in. The tight hold is relaxed and the limpets now use their foot, and secreted mucus, to glide over the surface, just like other snails. It is then that they feed by movements of the radula and this leaves a characteristic trail of removed biofilm (see below - and for further, excellent pictures see https://natureinfocus.wordpress.com/category/seashore-creatures/limpets-seashore-creatures/page/2/). As some limpets are territorial, it is thought that local areas of biofilm is then “farmed” by individuals and their excretions may well act as fertiliser, as it is known that biofilm components are highly adsorptive [2]. Algae also grow on the home scars [3] and these will again be fertilised by the limpet during attachment; exposure to light allowing the algae to photosynthesise when the limpets forage away from the home scar. 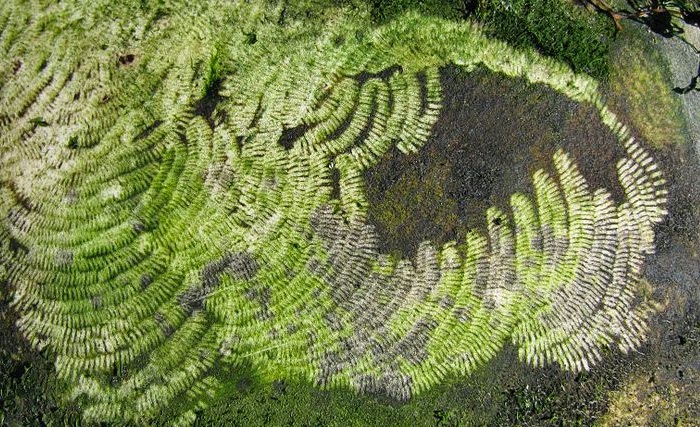 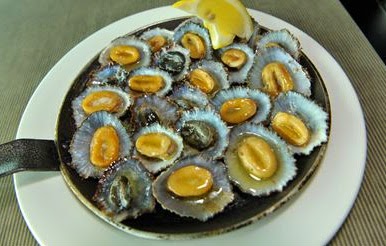 We tend to regard animals like limpets as being mundane and lacking in interest, although they are valued as food, especially in Madeira, where an annual festival is held in their honour. This doesn’t extend to considering the welfare of the limpets, especially as they are fried alive in butter, before the addition of a little garlic and lemon juice makes them a tasty treat. Their use as food, and as examples of useful bioengineering, emphasises our anthropocentric approach and we rightly continue to have this attitude. However, we should also step back and admire how evolution has resulted in such an impressive array of adaptations to life on the rocky shore. The child in me has a sense of awe at the selection of mutations that allowed all the changes that have occurred through time to produce such wonderful creatures. I’m not suggesting that limpets should be regarded as honorary humans, in the way that we regard our pets, but these splendid snails are not just around for our purposes, whatever the sentiments of the Book of Genesis, or the impressions provided by headlines in the Media. All the adaptations referred to in the questions above were in place long before humans appeared and limpets deserve our respect.