The Natural History of the Unmentionable


A Natural History of the Unmentionable is the sub-title of Nicola Davies’ book Poo, 1 written for a young audience, but also an interesting read for adults. Nicola has a degree in Zoology from Cambridge University and her book carries this quote on the dust cover:

However you look at it, poo is probably the most useful stuff on Earth. It comes in all shapes and sizes and every animal has its own special sort. Find out what it’s for, where it goes, what we can learn from it and lots more in this lively and fascinatingly informative natural history book. You’ll never think of poo in the same way again!

I’m sure readers of her book never will think of poo in the same way. 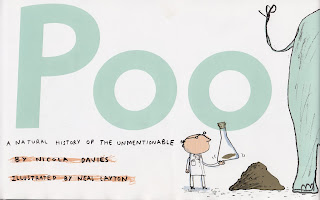 We are conditioned from an early age to think that faecal matter is unpleasant and offensive and I, too, feel this way about human and pet excrement, especially as it is a means of spreading harmful bacteria and parasites. Although very young children can gain delight in their excreta, and stools were pored over by generations of physicians for clues of illness or state of mind, I’m very much of the view that the WC is essential in removing the stuff as quickly as possible. However, we seem to carry over our distaste of human and pet excreta to those produced by all animals, despite the considerable importance of this matter in the cycling of nutrients. Interestingly, faeces are also little studied by scientists, who conduct many investigations of feeding in animals but, like all of us, tend then to lose interest in what happens to the material that results from feeding, other than that which is absorbed and used for growth. There are, however, exceptions to this general rule.

We know that spreading faeces on land improves the growth of crops, and farmers are not put off by muck, as they know its value. There are also many examples of using excreta from livestock in gardening, especially to supply nutrients for growing roses or rhubarb. It is not just the rich supply of nutrients, but the way that these are released over time, as the muck becomes broken down and rain percolates the rich supply of nitrogen etc. into the soil. We use the same approach when applying compost produced either from kitchen waste, lawn mowings, trimmings from garden plants, etc. Have you ever wondered what happens when you add material to your compost heap? We know it decomposes, but what are the changes it undergoes?

The first step in breakdown is provided by fungi and bacteria, often associated with the material we add, but found in abundance in compost heaps. Fungi break down resistant materials such as cellulose and invade plant tissues, as well as growing over their surface; while bacteria become attached, often forming films, and these micro-organisms continue the break down of the plant remains. Animals like earthworms and many other types of invertebrates, some of them tiny, are very numerous in our compost heaps, where they feed on the decaying remains. The main source of nutrients for these animals is not plant matter but the attached micro-organisms and these are digested, leaving materials that are little affected by digestion. These are excreted as faecal pellets and masses - in huge numbers. The mature compost heap can thus be said to consist of largely of the faeces of various animals and plant material that is difficult to degrade. The latter provides a means of improving the texture of soils, especially clays, while the former is the source of nutrients. Faecal masses, such as those produced by earthworms, break apart quickly, but the pellets produced by other animals remain intact for much longer.  Pellets are thus a natural and small-sized analogue of the pelletised fertilisers sold in garden shops. 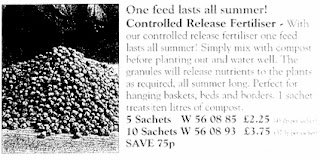 What goes on in our compost heap is, of course, a microcosm of what occurs more widely in Nature. When going on walks, we notice the droppings of farm animals like cows and sheep and the droppings of rabbits and deer, each having a characteristic form. Trackers following game recognise the faeces of their quarry and we use the appearance of droppings to monitor the numbers of otters, for example, noting whether they have been excreted recently. We are also familiar with bird droppings which, as solid and liquid excreta are mixed before being expelled (unlike many animals), are not usually formed into pellets. The same, of course, can be said for cows, but their loose droppings result from their particular gut structure, with incomplete removal of moisture and no effective means of compression before expulsion. What we don’t see are all the faecal pellets of invertebrates, as these are small and also blend in with the surroundings, so microscopic examination of soil surfaces is required before we see the extent of pelletisation. With the naked eye, we may notice the frass produced by larvae that bore into fruits and we may see the droppings of insects that live in silk enclosures, but that’s about it. The pelletisation is not only of advantage to the animal, in allowing the uptake of nutrient-rich fluids by compression of material in the hind-gut. Forming the waste into pellets ensures that micro-organisms surviving passage through the gut are packed tightly together with the substrates on which they act, with the additional colonisation by both bacteria and fungi once the pellets are excreted. Their action allows the slow release of nutrients that are then available to the plant community, just as in the application of garden compost.

This is just a small insight into the importance of faecal pellets and masses and there are many examples given in Poo 1 (faecal matter from aquatic animals will also feature in a future blog post). I agree with Nicola Davies that we should not be upset by mention of the stuff, but recognise that it is an essential feature of Natural History - and of natural ecosystems.