Anyone fortunate enough to see the illustrations in First Editions of books by Philip Henry Gosse will be amazed by their accuracy and beautiful colours. I certainly remember my reaction to many of his book plates and admit to being one of Gosse’s avid admirers [1]. 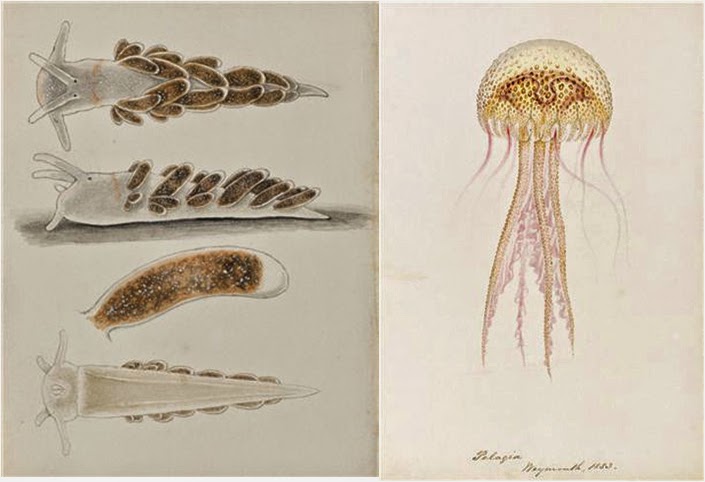 Recently, I visited the Royal Albert Memorial Museum in Exeter and met Holly Morgenroth, the Curator of Natural History. Together, we looked at the materials by Henry Gosse in the museum collections (some of which can be seen by searching for “Gosse” at http://rammcollections.org.uk). In addition to illustrations in pencil, pen and ink, and watercolour (see above for examples), there were several boxes of chalk drawings on large sheets of black paper, some being collages, and these are masterpieces of their type. They are attributed to Gosse, but yellow writing on some sheets appears to be in a different hand, although earlier white lettering on others is almost certainly by him. Each sheet has two loops of material glued to the rear of the upper margin, secured by strips of paper. Six of these beautiful illustrations are shown below: 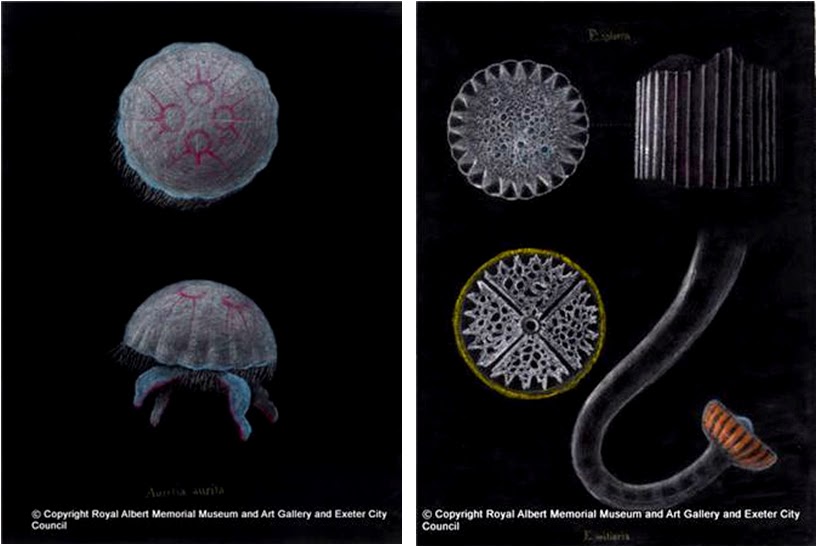 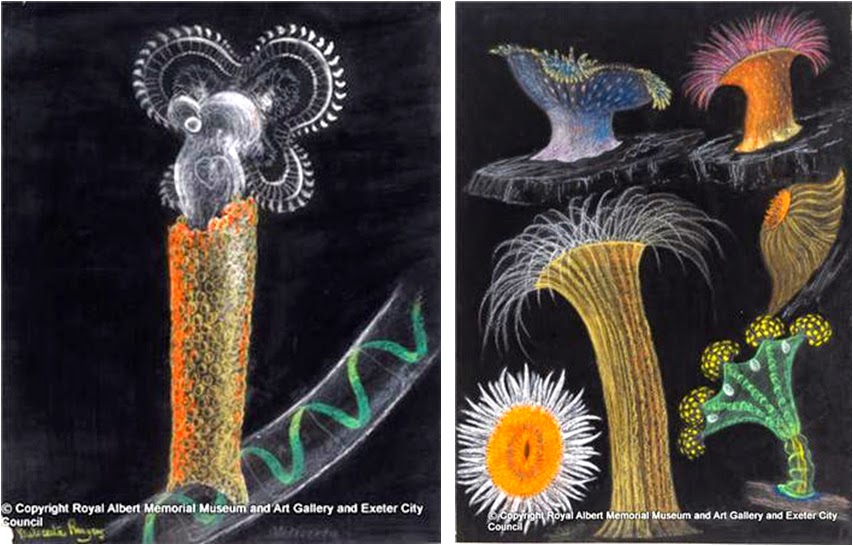 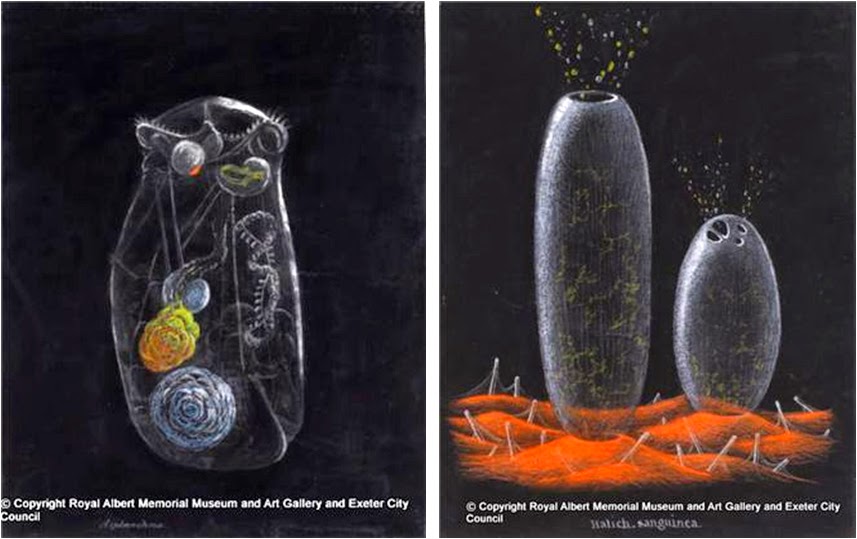 They are certainly visible at a distance and may have been used in talks or on the field courses that Henry ran. In his biography of his father, Edmund Gosse wrote [2]:

Between 1853 and 1860 my father lectured on several occasions in various parts of England and Scotland, with marked success. He was perhaps the earliest of those who, in public lecturing, combined a popular method with exact scientific information. He was accustomed to use freehand drawing on the black-board, in a mode which was novel when he first began, but which soon became common enough. He gave up lecturing mainly because of the extreme shyness which he never ceased to feel in addressing a strange audience. Had he not expressed this sense of suffering, no one would have guessed it from his serene and dignified manner of speaking on these occasions. His fondness for romantic poetry, and his habit of reciting it at home with a loud, impressive utterance, naturally produced an effect upon his manner in public speaking and lecturing [2].

I imagine that the production of meticulous new illustrations at each lecture would be a labour too far and I think the many chalk drawings that we examined in the Museum in Exeter may have supplemented the “free-hand drawing on the blackboard” to which Edmund refers. They may even have been these drawings. Of course, this is speculation, but who would not be impressed with a series of them, accompanied by Henry’s oratorical style. It is no wonder that he was so admired as a communicator about Natural History in the mid Nineteenth Century, a time when visual aids were very much more limited than those of today.

Ann Thwaite, in her brilliant biography of Henry Gosse [3], wrote that lectures were well-received and she quotes from a newspaper report that they “made what would have been otherwise a dry and uninteresting subject to the larger portion of his auditory, popular and attractive”. The lectures could not fail to add to his already established reputation and, although they were agonising to present, Henry knew that they were both a chance to inform his audience and also promote sales of his Natural History books [3]. It is fortunate that the sheets of drawings that (probably) accompanied his lectures have survived for over 150 years and left us a further legacy of Henry Gosse's wonderful skills.

[2] Edmund Gosse (1896) The Naturalist of the  Sea-Shore: The Life of Philip Henry Gosse. London, Heinemann.