Changing one’s mind about Creation - or not.


William Henry Fox Talbot (1800-1877), the pioneer of photography and refiner of the calotype process, was a mathematician and keen archaeologist who lived at Lacock Abbey in Wiltshire. His family home is now owned by the National Trust and it is easy for a visitor to imagine life in the old house, and the adjoining village, during the Nineteenth Century. 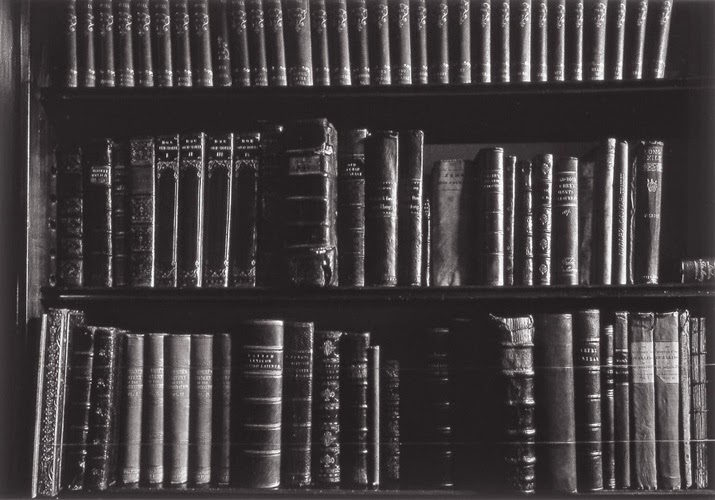 During a recent trip to Lacock Abbey, I had a chance to look through the library (only at the spines of the books, as they were wired in for security purposes - see above) and was drawn to a copy of Foot-prints of the Creator: or the Asterolepis of Stromness by Hugh Miller. I have no idea whether Fox Talbot read this copy, but I’m sure that he did. The book was an important contribution to debates about apparent conflicts between the literal truth of the Bible and mounting support for the reality of geological time scales and for the evolution of organisms, especially humans. Foot-prints of the Creator was written as a response to the ideas put forward in Vestiges of the Natural History of Creation published, anonymously, by Robert Chambers in 1844. That book, very popular at the time, described the evolution of both the physical and biological world, using, in part, ideas that had earlier been propounded by Lamarck. Of the development hypothesis, Miller wrote:

If, during a period so vast as to be scarce expressible by figures, the creatures now human have been rising, by almost infinitesimals, from compound microscopic cells,-minute vital globules within globules, begot by electricity on dead gelatinous matter,-until they have at length become the men and women whom we see around us, we must hold either the monstrous belief, that all the vitalities, whether those of monads or of mites, of fishes or of reptiles, of birds or of beasts, are individually and inherently immortal and undying, or that human souls are not so. [1]

It was this latter point that was so important to Miller who, as a committed Christian, could not countenance the idea of humans without souls. There was no conflict, however, with the view of geological time scales, and Miller described periods of creation and extinction in The Testimony of the Rocks; or, Geology in its Bearings on the Two Theologies, Natural and Revealed. The book was published posthumously and is based on several lectures, with the addition of further chapters “written mainly to complete and impart a character of unity to the volume of which they form a part” [2]. In the preliminary section entitled “To the Reader”, Miller writes:

It will be seen that I adopt.. ..[a] scheme of reconciliation between Geologic and Mosaic Records which accepts the six days of creation as vastly extended periods; and I have been reminded by a somewhat captious critic that I once held a very different view, and twitted with what he terms inconsistency. I certainly did once believe.. .. that the six days were simply natural days of twenty-four hours each,-that they had compressed the entire work of the existing creation,-and that the latest of the geological ages was separated by a great chaotic gap from our own. [2]

He continues by stating that:

..the conclusion at which I have been compelled to arrive is, that for many long ages ere man was ushered into being, not a few of his humbler contemporaries of the fields and woods enjoyed life in their present haunts, and that for thousands of years anterior to even their appearance, many of the existing molluscs lived in our seas. That day during which the present creation came into being, and in which God, when he had made “the beast of the earth after his kind, and the cattle after their kind,” at length terminated the work by moulding a creature in his own image, to whom he gave dominion over them all, was not a brief period of a few hours’ duration, but extended over mayhap millenniums of centuries. No blank chaotic gap of death and darkness separated the creation to which man belongs from that of the old extinct elephant, hippopotamus, and hyæna; for familiar animals such as the red deer, the roe, the fox, the wild cat, and the badger, lived throughout the period which connected their times with our own; and so I have been compelled to hold, that the days of creation were not natural, but prophetic days, and stretched far back into the bygone eternity. After in some degree committing myself to the other side, I have yielded to the evidence which I found it impossible to resist; and such in this matter has been my inconsistency,-an inconsistency of which the world has furnished examples in all the sciences, and will, I trust, in its onward progress, continue to furnish many more. [2]

Although unable to accept ideas about the evolution of humans, Miller had changed his mind about the literal description of the days of Creation in The Bible. He made extensive studies of the fossils in his native Scotland, and elsewhere, and found geological time periods the only possible explanation for the changing flora and fauna in different rock strata.

Hugh Miller (1802-1856) was brought up in Cromarty and left school at around sixteen. His father had died when he was five and his maternal uncles were an important influence on the young Hugh, encouraging his fascination with the natural world and also with folklore and legend, interests that remained with him for the rest of his life. He had always been a keen reader and liked to write, but he needed a job and so became a stonemason, travelling to wherever there was work. His skills with hammer and chisel aided his developing interest in geology and he was expert in breaking open nodules that contained fossils. As described in the excellent biography Hugh Miller: Stonemason, Geologist, Writer by Michael A. Taylor [3], Miller achieved fame as an expert on fossil fish from sandstones and this despite his natural shyness and difficulty in enjoying formal meetings. After a spell working in a bank, he was appointed the editor of an Edinburgh newspaper, The Witness, that enabled him to write on a number of subjects and he was involved in debates on the future of the Free Church in Scotland, holding strongly Calvinist views. It is perhaps surprising, then, that Hugh Miller ended his own life and the reasons for his suicide are not clear, although he suffered from severe health issues caused by silicosis, acquired when he worked in an atmosphere thick with stone dust in his younger years. To the end, he was a committed Christian and his faith was not challenged by the difference between the “geologic and Mosaic records”. He was “not a man torn between science and religion, but, on the contrary, one who is comfortable with both.” [4] 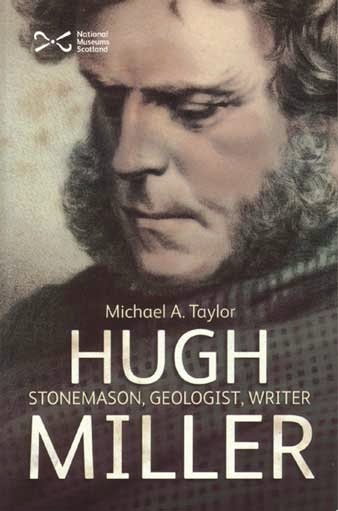 Another book published in 1857 took a quite different line to that in The Testimony of the Rocks. Philip Henry Gosse (1810-1888) was a member of the Brethren and could neither accept ideas on evolution or anything that questioned the literal truth of the Holy Bible. The developing ideas on the mid-Nineteenth Century were thus a challenge that he felt he must address. Like Hugh Miller, Henry Gosse had no formal training but he, too, became an expert in his field, in this case Natural History. In his early years he was encouraged in his observations by a maternal aunt and he went on to be fascinated by all the living organisms around him. His work on sea anemones and corals is still recognised as important, but he also published on a wide range of other topics. Interestingly, like Hugh Miller, he was a shy man and an excellent writer, but Henry Gosse was also a gifted painter and illustrator and his books became widely popular as a result. One book was not a success and this was Omphalos, sub-titled an attempt to untie the geological knot, and this was Henry Gosse’s way of resolving the conflict that Miller also addressed. Although primarily an observer of living organisms, Henry Gosse had an excellent knowledge of rock strata, the fossil record and geological time and he accepted this reality. However, Gosse theorised that they were part of the six-day Creation, with the structure of the Earth’s crust, including the remains of organisms, having been created in a few days. Unsurprisingly, this view was considered absurd by scientists at the time and, to Henry Gosse’s surprise, it was also regarded very unfavourably by Christians, as they found it unlikely that God would wish to deceive by hiding fossils within rocks [5]. 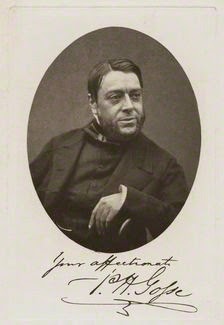 It seems strange that devout Christians, working with the same Holy Book, have such disparate views and the debate about Creation, and what was meant in Genesis, continues today. Of course, it causes such strong feelings because there are always differences of opinion in human culture and we have a tendency to only fully acknowledge our own personal beliefs. Hugh Miller was able to accept a change in his views in the light of changing evidence and it did not impact his faith, but Henry Gosse found himself boxed into a corner. Gosse had the satisfaction of maintaining the purity of his position, but it left him isolated and disappointed. No more so than in his relationship with his only son Edmund, with whom he had been very close and who, as a youth, could not follow his father’s dogmatic approach.

I greatly admire Henry Gosse as a Natural Historian and find his books, and illustrations, quite wonderful. He was a caring man whose religious beliefs underscored everything that he did, but whether we could have sustained a conversation, or a friendship, is debatable. In contrast, I think I would feel less guarded when meeting Hugh Miller, although his energy and time-keeping might be a strain. Both men are important parts of the period of Natural History described by Lynn Barber as its heyday [6] and Miller and Gosse are given adjacent chapters in her book. The transformational work of Darwin in On the Origin of Species published in 1859, just two years after The Testimony of the Rocks and Omphalos, provided, in natural selection, a mechanism to explain evolution and it transformed our thinking. It is such an important book that it has overshadowed the contributions made by Miller and by Gosse, yet the change of mind of one, and the determination not to change by the other, give insights into current debates on Creation and evolution. Their books are worth reading.

[1] Hugh Miller (1849) Foot-prints of the Creator: or the Asterolepis of Stromness. London, Johnstone and Hunter.

[2] Hugh Miller (1857) The Testimony of the Rocks; or, Geology in its Bearings on the Two Theologies, Natural and Revealed. Edinburgh, Thomas Constable & Co.

To add symmetry to this blog post, I end with a calotype of Hugh Miller posed as a stonemason, standing next to a gravestone that he has carved. If it hadn’t been for Fox Talbot’s refinement of the technique, this portrait may not have existed. 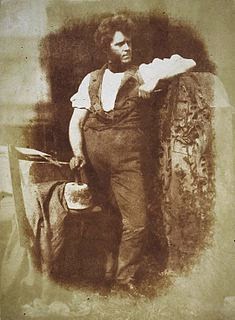