Connections: Henry Gosse, Charles Waterton and the Peales of Philadelphia


Henry Gosse, having given up the idea of farming in Canada, decided to travel south, writing: “My eye is set towards Georgia or South Carolina, as I understand persons of education are in demand there, both in mercantile and academical situations.” 1 By 26th March 1838, Henry had reached Philadelphia:

It was in Philadelphia that he first enjoyed the sympathy and help of genuine men of science. At the museum in Chestnut Street, he met Mr Titian R. Peale, a local zoological artist of considerable eminence, who charmed him at once, and surprised him by his deferential civility and his instinctive recognition of this grim-featured, unknown youth [Henry was weeks away from his 28th birthday] as one destined to be “somebody”. Mr Peale was just then starting as the artist of an exploring exhibition to the South Seas, under Lieutenant Charles Wilkes, and he was particularly interested in the exquisite drawings of insects which Philip [Henry] Gosse had brought from Canada. 1

Titian Peale was ten years older than Henry and he was the youngest son of Charles Willson Peale, the founder of the original Peale Museum. Titian inherited his father’s love of both Natural History and painting and his passion was for butterflies and moths, thus his interest in Henry’s drawings (Titian's collection of Lepidoptera was subsequently donated to the Academy of Natural Sciences and can be seen today). 2 During the conversations between Henry and Titian about Natural History, there is likely to have been reference to the visit to the Peale Museum of another Englishman, Charles Waterton, fourteen years before. This is part of Charles’ account of that visit:

When you go to Philadelphia, be sure not to forget to visit the Museum. It will afford you a great treat. Some of Mr [Charles Willson] Peale’s family are constantly in it, and are ever ready to show the curiosities to strangers, and to give them every necessary information. Mr Peale has now passed his eightieth year, and appears to possess the vivacity, and I may almost add, the activity of youth. To the indefatigable exertions of this gentleman, is the western world indebted for the possession of this splendid Museum. Mr Peale is, moreover, an excellent artist. 3

Like Henry Gosse, Charles Waterton had been a keen observer of the natural world since boyhood, but this common interest was one of the few similarities between the two men. Interestingly, the lives of both were dominated by their religious beliefs: for Henry Gosse, his complete trust in the literal truth of The Bible; for Charles Waterton, his Catholic faith and profound respect for the teachings of Jesuits. Although both men were writers, and could convey what they saw to readers with enthusiasm, they had different practical skills. Henry was a gifted artist and illustrator, while Charles perfected his own method of taxidermy, a subject that was of interest to Titian Peale who also practised in this field.

Having researched and written about the life of Henry Gosse, 4 it seemed natural for me to visit “Sandhurst”, his home in Torquay from 1857-1888. Of course, it had changed substantially, but I still felt something of the spirit of the man around the main building there. As I am currently writing about Charles Waterton, I decided to visit his home, Walton Hall, now part of the Waterton Park Hotel in Yorkshire. Better than that, I was able to stay in the Hall itself and it was easy to imagine its rather grand staircase with cases containing various preserved animals fixed to the outside of the banister rail. It was also easy to imagine Charles Waterton and his ascetic life here, sleeping with open windows at all times of year and not in a bed but on the floor, with a block for a pillow. Fortunately, the Hall is no longer infested with "Hanoverian rats", as it was in Charles' day. 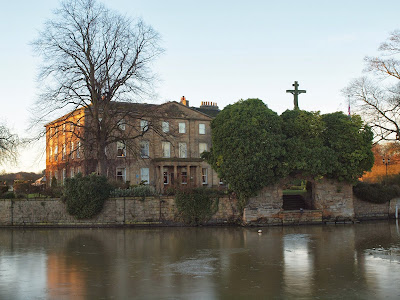 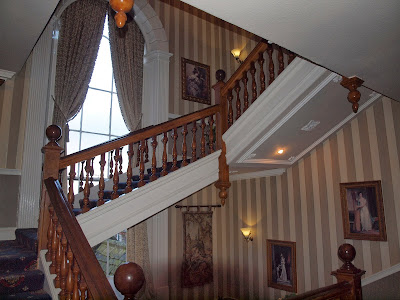 The staircase at Walton Hall

There is much too much to Charles Waterton for a single blog post, for he was a most interesting man and a free sprit, being given a chapter of his own in Edith Sitwell’s The English Eccentrics. 5 One aspect of the man, however, can be mentioned and that was his pioneering interest in conservation. He had a high wall built around the Walton Hall estate, which then became a refuge for wild animals, free from intruding humans and other predators. It is said that Charles knew all the trees on the estate and, as he was an avid tree climber, this was not only from ground level. He took delight in seeing animals moving about freely and safely and, like many conservationists, he also enhanced areas to be especially favourable to some bird and mammal species. When he was not travelling, Charles spent much of his time watching the comings and goings and he was an excellent and patient field naturalist. 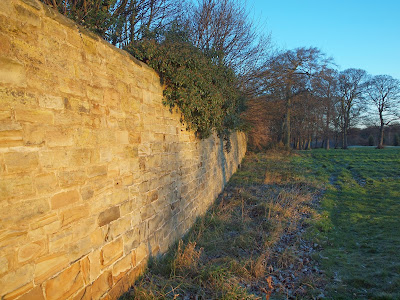 Unfortunately, the estate became polluted by effluent and toxic fumes from a nearby soap works and Charles fought court battles to have it closed down, finally offering the works owner a financial inducement to re-locate to a site some distance away. This allowed the estate to recover from the worst of the effects of the pollutants and, lest one think it was all a private obsession, it should be pointed out that Charles allowed access to local people and welcomed visitors who shared his passions. 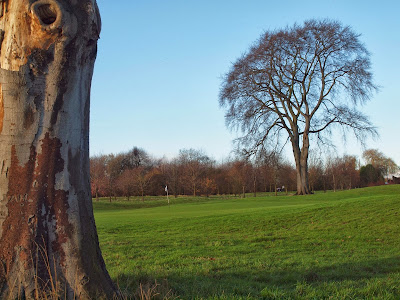 Much of the Walton Hall estate is now a golf course and many of the trees have been cut down as a result. The Hall itself is not only a hotel but a popular wedding venue and I wonder how many people that visit are aware of the remarkable man who lived there in the nineteenth century? There are several biographies of Charles Waterton, one of them, ironically, being by Philip Gosse, 6 the grandson of Henry Gosse and the son of Edmund. A further irony is that Charles Waterton also had an only child whom he named Edmund and, in another parallel to Edmund Gosse, was quite different to his father in almost every way, although they shared a strong Catholic faith. Edmund Gosse went on to become an Establishment figure, without his father’s unshakeable evangelical Christian faith, while Edmund Waterton liked luxury, the trappings of privilege and the gaudier aspects of Roman Catholic ceremony and power. In the end, his expensive way of life meant that Walton Hall had to be sold and, to add yet another level of irony, the purchaser was Edward Simpson, the eldest son of the owner of the original soap works with whom Charles had fought the legal battles. 7

It is unfortunate that we only have one good likeness of Charles Waterton, although there are numerous descriptions of his habits and appearance. This likeness hangs in the National Portrait Gallery in London and was painted by Charles Willson Peale during Charles Waterton’s visit to Philadelphia in 1824. Having looked closely at this picture, I find it captures what I know of the man and also of his passion for taxidermy and Natural History. Like Henry Gosse, he was a remarkable character and perhaps not as eccentric as Edith Sitwell 5 would have us believe.

1 Edmund Gosse (1896) The Naturalist of the Sea-Shore: The Life of Philip Henry Gosse. London, William Heinemann.

3 Charles Waterton (1973) Wanderings in South America, the North-West of the United States, and the Antilles, in the years 1812, 1816, 1820 and 1824 with original instructions for the perfect preservation of birds and for cabinets of natural history. London, Oxford University Press.