The Dark Ages and Islamic Medicine


Like millions of others, I have visited the Alhambra in Granada to marvel at the Islamic architecture and decoration of the buildings. We admire the achievements of the craftsmen who made them and it is wonderful that the site exists and has been restored. The Alhambra gives us an insight into the period from the 9th Century to the 14th Century CE and, if we are not able to visit, we can become familiar with the palaces by an abundance of pictures on the Internet. The achievements of Islamic scientists, and medical practitioners are less familiar, and much less publicised, and this is partly the result of a lack of interest in the history of these subjects, compared to up-to-the-moment practice and discoveries. 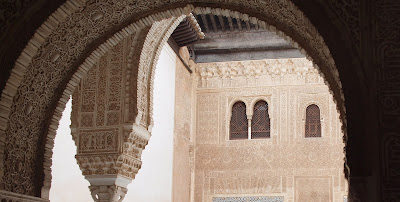 In an interview with Kaleen Hussain [1], Professor Rabie E Abdel-Halim advocates that Universities teaching Medicine should have Departments for studying the history of the subject. It is a point that applies also to Science and I always appreciated being taught History of Science as an undergraduate. It opened my eyes to an awareness of significant discoveries, when they were made, and how ideas change through time; it also instilled a respect for the achievements of Greek Philosophers, especially Democritus and Aristotle, that I have retained. All contemporary thinking has its roots in history, yet we interpret history subjectively on occasions.

Charles Singer's A Short History of Biology [2] was a recommended book for my course and, while this concentrates on Biology rather than Medicine, it does consider the contributions made by Hippocrates (ca. 460 – ca 370 BCE) and Galen (130-200 CE), both of whom were interested primarily in the anatomy, physiology and diseases of humans. Singer's book contains an interesting section on The Dark Ages (A.D. 200-1200) that includes the following:

After Galen.. ..we encounter no biological activity for many centuries.. .. While the knowledge and intelligence [?] of men in Western Europe steadily deteriorated, there was one part of the world where the old traditions lingered. After the fall of ancient science, the most civilized part of the world was the Near East. In Syria, in Asia Minor, in Constantinople, men still read Greek scientific works. Then in the seventh century came the great movement of Islam. It established Arabic as a literary language and the face of the world was changed. Intellectual leadership thus passed, by the ninth century, to people of Arabic speech. It remained with them till the thirteenth century. The science of these Arabic-speaking peoples was based on translations of the Greek works into Arabic.. .. The movement for the translation of Arabic works into Latin began in the eleventh century. Such versions did not, however, become common until the beginning of the thirteenth century.

The impression is thus given that Islamic scholars were concerned just with translations of Greek texts, rather than being important contributors to the development of the discipline. This view is still held and it is instructive to listen to the BBC programmes by Andrew Cunningham on The Making of Modern Medicine. In the first of these [3], Cunningham introduces us to the ideas of Hippocrates and Galen, with the core of Greek practice being adopted by the Arabs [sic.] and then by mediaeval Western practice. No mention is made of any contributions made by Islamic scholars to the development of the discipline, whether important or not. Then, in the second of the programmes [4], Cunningham discusses hospitals and states that the need for hospitals "started from Christ's description of The Last Judgement" and they are "a quintessential Christian Institution" taking care of the needy as well as the sick and with benefactors who gain benefit from their charity. That being the case, one would expect to find hospitals only in regions of the Mediaeval World where Christianity was practised.

We obtain a rather different perspective in Cumston's The History of Medicine first published in 1927 [5]. These are excerpts:

For a long time it was maintained that the Arabs [sic.] were merely servile copyists of the Greeks, and even that they caused a delay in the evolution of medical science. This is a mistaken opinion. At the time when the Arabs appeared in the Orient, Greek science was in complete decadence, and the practice of magic reigned supreme. Not only did the Arabs save the Greek treasures from the irredeemable loss to which but for them they had been doomed, but they developed the taste for scientific studies, both in the East and in the West, by popularizing and commenting upon the Greek works. Had they merely been content with collecting Greek science and transmitting it to Europeans, that would alone have been a great glory to them. But they did better still, for in the arts, as in the sciences, they did original work..

..There is no question.. ..that the Islamic physicians beneficially influenced the progress of surgery and of medicine..

..The experimental method enabled the Islamic physicians to introduce a large number of new drugs and to determine the exact therapeutic indications of old ones derived from the Greeks and, into the bargain, to find new properties in them..

..From the IXth to the XVth century the teaching of medicine was very well organized in the schools of Bagdad, Damascus, Cairo and Cordova, which were usually connected with a hospital so that theoretical teaching was completed by clinical instruction at the bedside. After a certain time a kind of diploma (Ijaza) was given to students as a certificate of complete study..

All this seems rather different from the views expressed earlier in this blog post, with the translations of Greek texts being used as a basis for further detailed enquiries and with experimentation to explore the most effective treatments. Medicine was also linked to hospitals (not a Christian invention, then) and with a training, and certification, programme for aspiring physicians and surgeons. It is something that I am learning about on a course organised by Paul Ranford for the WEA and entitled The Light Ages. The course is inspiring.

Some specific achievements of Islamic medical practice can be given, with the author of the works describing them in parentheses:

- a rational approach to diagnosis is based on recording, interpreting and classifying clinical and experimental [my underlining] observations (Al-Razi Liber Continens [8])

This is a very small sample of the approaches found in the Middle East and Islamic Europe around the end of the first Millennium, yet these are mostly ignored by Historians of Medicine. It is a point that has been made well by Paul Ranford as he leads our course through Islamic contributions to Philosophy, Mathematics, Astronomy, Physics and Chemistry, as well as to Medicine.

During the period referred to as The Dark Ages in Western History there was conflict between Christians and supporters of Islam (think of the Crusades) and this continued until the Islamic caliphs were overthrown. There is no question that the practice of Medicine, and the foundation of hospitals, were linked closely to Islamic belief and there was thus an inbuilt resistance among Catholic scholars to recognise the contributions made in Baghdad, Cordoba and elsewhere. Galen, however, was considered acceptable and in the Middle Ages it was believed that he had converted to Christianity, having written about characters in the Holy Bible and believing in one God [2], rather than the polytheism of most Greeks. The lack of recognition of the achievements of Islamic Medicine thus appears to be the result of an opposing religious standpoint.

While the practice of Islam at the end of the first millennium supported charity and care for individuals, it was not tolerant when it came to the acquisition, and defence, of territories and there were also battles over successions within caliphates. Nevertheless, there was recognition that both Christians and Jews could live alongside followers of Islam and, indeed, many Jews were valued for their skills as translators, thus allowing access to more knowledge, something that was considered to be of great importance. 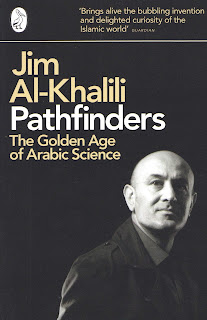 It is clear that beliefs have been corrupted over time by the practitioners of religions and we see the evidence of that only too clearly today. During our present era, some followers of Islam are gaining a bad reputation for the great majority that do not follow their dogmatic and illiberal views, such a contrast to those when Islam was still a young religion. Having champions of Islamic Science and Medicine like Paul Ranford, Rabie E Abdel-Halim, Jim Al-Khalili and others does something to redress the balance, and I close with a quote from the Prophet Muhammad that is given Jim Al-Khalili's excellent review [10]:

The ink of the scholar is more sacred than the blood of the martyr.

[2] Charles Singer (1931) A Short History of Biology: A General Introduction to the Study of Living Things. Oxford, The Clarendon Press.

[5] Charles Greene Cumston (1987) An Introduction to the History of Medicine: From the time of the Pharaohs to the end of the XVIIIth Century. New York, Dorset Press. [Reprint of the 1927 book]