The celebration of Christ’s birth has been superimposed on a winter solstice festival and many of the familiar features we know today were added in the 19th Century. As a result of this pagan origin, some Christians refuse to celebrate Christmas, with all its familiar foods and decorations. Historically, Philip Henry Gosse, the distinguished Victorian Natural Historian and member of the Brethren, was probably the most famous of these objectors. In Father and Son, Edmund Gosse describes how his father reacted when discovering a plum pudding in the house in St Marychurch [1]:

On Christmas Day.. ..1857 our villa saw a very unusual sight. My Father had given strictest charge that no difference whatever was to be made in our meals on that day; the dinner was to be neither more copious than usual nor less so. He was obeyed, but the servants, secretly rebellious, made a small plum-pudding for themselves.. ..Early in the afternoon, the maids.. ..kindly remarked that ‘the poor dear child ought to have a bit, anyhow’, and wheedled me into the kitchen, where I ate a piece of plum-pudding. Shortly I began to feel that pain inside which in my frail state was inevitable, and my conscience smote me violently. At length I could bear my spiritual anguish no longer, and bursting into the study I called out: ‘Oh! Papa, Papa, I have eaten of flesh offered to idols!’ It took some time, between my sobs, to explain what had happened. Then my Father sternly said: ‘Where is the accursed thing?’ I explained that as much as was left of it was still on the kitchen table. He took me by the hand, and ran with me into the midst of the startled servants, seized what remained of the pudding, and with the plate in one hand and me still tight in the other, ran till we reached the dust-heap, when he flung the idolatrous confectionery on to the middle of the ashes, and then raked it deep down into the mass..

A rather extreme reaction, although Ann Thwaite, the biographer of both Henry and Edmund Gosse, warns us that Edmund was prone to inaccuracy and that the story may be exaggerated. However, Dr Thwaite writes that she “really want(s) to believe the story of the plum pudding being flung onto the dust heap” [2] and it is a splendid piece of storytelling by Edmund. Henry Gosse, a warm and wonderful man in many ways, is cast in a very stern light and he was certainly inflexible on matters of religious belief. He would never compromise and this eventually led to the breakdown of his relationship with Edmund, something that pained them both. 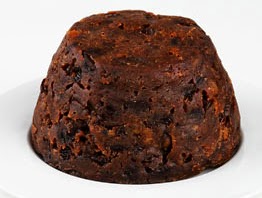 Like Edmund Gosse, I was brought up in a Christian household in Torbay, but one that was much less restrictive when it came to Christmas. The build-up began at school, where a Nativity Play was performed by one class during a special assembly (there are no pictures of our play, but a similar event is shown below). Choosing the children for each of the roles must have been taxing for the teachers and there was probably hot competition (in the eyes of some parents, anyway) for the star roles. I was not aware of this, but, when it was our turn in the late 1950s, was chosen to be a King, one of the bigger parts. I wore a blue and red tablecloth, sewn in a complicated way to make armholes, and a turban made from the cut-off crown of one of my mother’s felt hats, to which bright cloth had been stitched. My gift of gold took the form of a brass flower vase, kindly donated by Great Aunt Nell for the occasion. 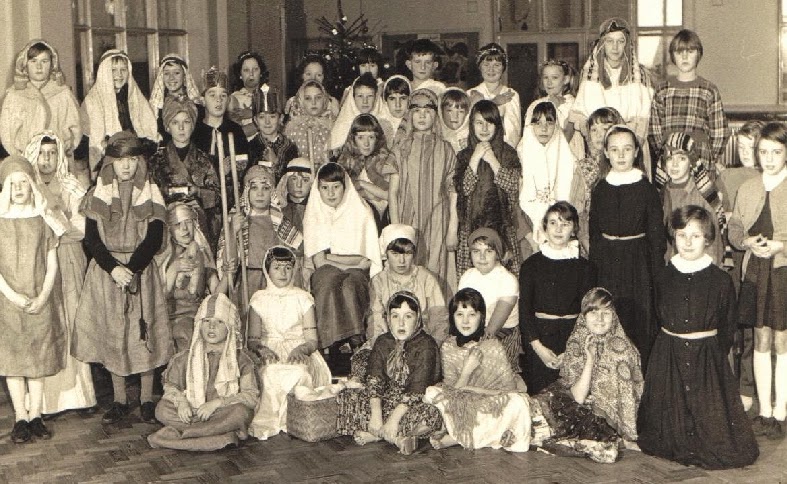 A few days later came the school carol service, held in Christ Church Paignton, and then, on the last Sunday before Christmas Day, we attended one in Winner Street Baptist Church where our family worshipped. These services were very enjoyable as the tunes of carols are marvellous and fun could be had by altering some of the words....“While shepherds washed their socks by night....”; etc. I think I’m correct in remembering that there was also a model nativity scene in both churches, with the same characters that we had in the school Nativity Play, although with a few less angels, as so many bit-part actors had to be accommodated in the latter. Henry Gosse would have protested at such idolatry.

When growing up, I had no idea that all the fun of Christmas Day had pagan origins, thinking that everything was part of the celebration of the birth of Christ: how gifts from Kings (Wise Men, Magi) to Jesus became modified into presents from Father Christmas (Santa Claus, Kris Kringle, parents) to me was a mystery. It was the only time in the year when we spent the whole day in the front room and it was decorated with paper streamers of various types, hung from corner to corner and along the walls. Excitement built through Christmas Eve and, very early on the morning of Christmas Day, the most nerve-tingling part was finding one of my mother’s old lisle stockings at the foot of my bed, packed with sweets, toys and with an orange in the toe. At some early hour, the stocking was dragged into my parents' room and Christmas could begin. There was an exchange of presents and we moved downstairs once the coal fires had been lit and the lower part of the house became bearably warm. 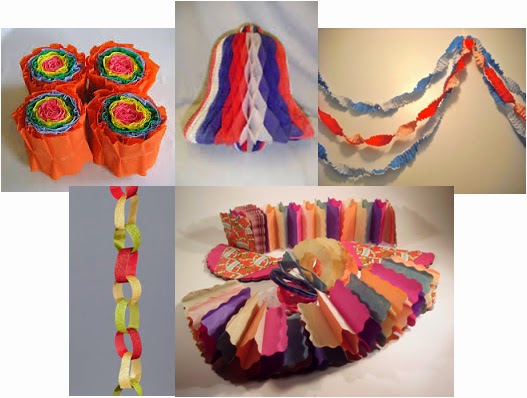 There were new toys to play with and books to read before we had lunch and this was always centred on a large chicken, the only time we ate a bird during the year. In addition, there were roast potatoes, Brussels sprouts, bread sauce, stuffing, and gravy but, of course, no alcoholic drinks This feast was followed by the plum pudding that was brought to the table fresh from the steamer. It was a family tradition that the plum pudding was always made by Great Aunt Ede sometime in October and we went to collect it just before Christmas. It was made in a china basin, with greaseproof paper and muslin tied tightly around the rim, the ends of the muslin being knotted over the top to form a handle. We never discovered the recipe, but knew that silver threepenny pieces had been buried in it at some point and that finding one of these in a slice of pudding brought luck (clearly, superstitions were allowed in our Christian household). The rest of the day was an anti-climax and we just munched on nuts and chocolate, listened to the Queen’s speech on the radio, and then went back to playing, reading and dozing.

I’m grateful for the happy memories and it was all very different from the way December 25th was spent in the Gosse household a hundred years before. We must have been rather different Christians.