I have always enjoyed walking along river banks. While torrential rivers are awesome, especially when they are flooded after snow melt or very heavy rains, there is a special quality of calmness that comes from strolling through the meadows that border tranquil chalk streams. I am fortunate in living near one of the most attractive of these streams, the River Chess, which is fed by water from springs connected to reservoirs of clear water in the underlying chalk strata. 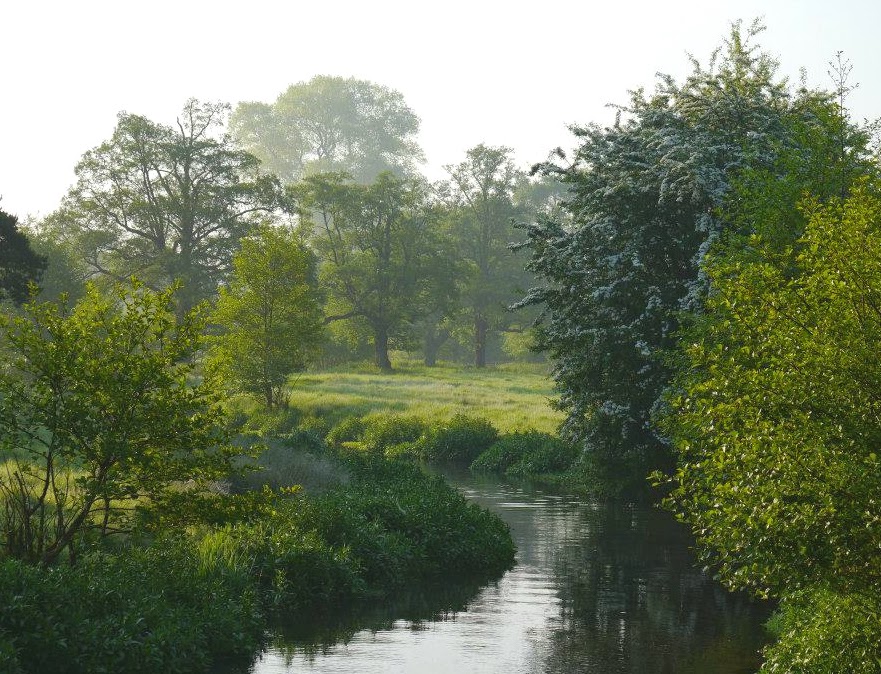 Chalk streams are rare worldwide, although there are a fair few of them in England, and they are of such importance that a report, The State of England’s Chalk Streams,  has been prepared by WWF-UK [2].  On page 39 of the report, I found this:

In 2014, high groundwater levels overwhelmed Thames Water’s Chesham Sewage Treatment Works, and for four months (February to June 2014) raw sewage mixed with groundwater continuously entered the river. The impact of this pollution is not fully known but the River Chess Association volunteers have observed dead fish, significant amounts of sewage fungus and fewer riverfly downstream of the sewage outfall pipe. They have also had to cancel school trips and planned river restoration works due to risks to human health. While the water company has few choices in the circumstances in order to prevent sewage flooding homes, the problem is a result of years of underinvestment. Even in normal conditions, the plant is working close to capacity and the slightest stress can cause failures.”

I am sure that Thames Water did not intend to release untreated sewage into the River Chess, but they must prefer this to the consequences of passing it on to land or into property (although treated sewage is applied to land as a fertiliser [3]). There are two good reasons for this. Firstly, the pollution is not as visible as it would be on land and, secondly, flowing water carries the discharges away from the site of input and this conveniently spreads the impact.

The microbial community of all natural water bodies has evolved to convert solid and dissolved organic matter into nutrients that support both the growth of microbes and also that of plants. Inputs may be in the form of leaves that fall into the river; in situ vegetation after die-back; animal bodies; natural waste products in both solid and dissolved form; etc. Adding sewage provides a burden, but the natural community utilises this input and the effects are moderated as a result. Of course, if the effluent contains heavy metals or other conservative pollutants, there are more serious problems and an excess of nutrients can cause changes in oxygen tension, although this is mediated by the water being aerated as it flows downstream. The shallow nature of chalk streams helps in this regard, but it also means that settlement to, and within, the substratum and trapping on in-stream vegetation is also enhanced. There can also be local choking with “sewage fungus” (below), as seen on the River Chess, this being a complex community of filamentous bacteria with fungi and other bacteria, all bound with sticky exudates produced by these organisms. “Sewage fungus” is colonised by populations of protozoans and invertebrates and remains for some time after the input of pollution, with a corresponding clogging and shading effect on the rest of the community of organisms in the stream or river. However, the water bodies do recover. 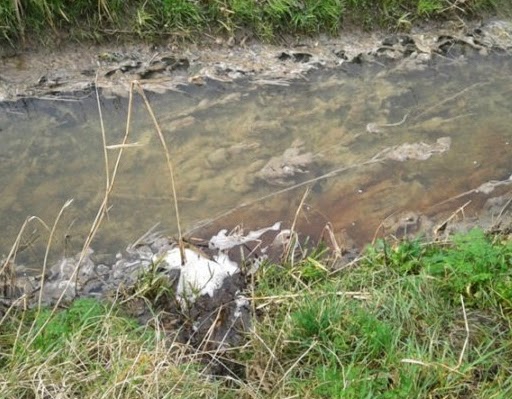 It is interesting that the transformation of organic matter by microbes in running waters is replicated in the methods used by the water industry to clean effluent, with some sewage treatment plants using trickling filters and others activated sludge tanks. Before these treatments, effluent from the sewerage system is screened and then passed into settlement tanks to allow larger particles to fall out and form sediment. Organically-rich water is then treated by one of the two methods. It may either be passed through rotating radial pipes to the surface of a trickling filter formed of a thick bed of porous material (below left), or it will be passed into tanks that are aerated, or stirred, vigorously (below right) and then seeded with microbial floc from a previous activated sludge treatment. In the trickling filter, the cleaning agents are bacteria and fungi that grow in biofilms over the surface of the substratum and also though the pores it contains, just as they do over, and within, the substratum of streams and rivers. The microbial community in the beds grows vigorously and the whole system risks becoming clogged, but this is averted by abundant single-celled organisms and invertebrates that graze over the accumulated biofilm and therefore stimulate the production of new, freshly adsorptive surfaces. In contrast, the growth of bacteria (it is mainly bacteria) in the aerated/stirred activated sludge tanks results in the formation of flocs and other aggregates in the water column that are bound by the exudates of bacteria and these sediment to allow removal. It is these flocs, together with the bacteria themselves, which remove organic matter in both fine particulate and dissolved form. This is a process that occurs naturally in streams and rivers (although at a much less intense scale), especially where there is turbulence or the inclusion of large numbers of bubbles [4] It is the biological community that does the work of cleaning the incoming effluent and water engineers design the most effective plant to optimise biological activity - until something goes wrong.

So, where does the effluent come from? Understandably, we show a lot of interest in what we eat and drink, the various methods of food preparation, and the delights of flavours and textures. However, we all know that the material entering our digestive system becomes transformed and passes from our bodies on a regular basis. Although solid wastes were once the subject of attention [5], the topic of excretion is now forbidden in polite company, except among the parents of infants. Fortunately, houses and work places in advanced civilisations have water closets that mean we do not have to face the unmentionable for more than a few minutes each day.

Being terrestrial animals, humans have always considered water as an ideal dumping ground, as material thrown into the sea, into lakes, or into rivers quickly disappears from sight and smell. The first settlers by the River Chess disposed of waste products downstream, while taking clean water from the river upstream from their settlements. That continues to happen today, but on a much larger scale, with clean water for drinking (and for all the other uses of drinking water - watering gardens, cleaning cars, etc.) being taken from the reservoirs in the chalk, while wastes (from water closets, but also sinks and drains in the town of Chesham) are passed through the sewage works before cleaner water goes back to the river. That is what is meant to happen, but recent events, based on a lack of foresight and investment, has sent us back to more primitive times.

The river will recover, but why do we take this for granted and why do we compromise the future of something so pleasing aesthetically? The simple answer is that we don’t care, or don’t care enough, and I include myself in that apathy. Human interests will always exceed those of the environment, even if that environment is one as beautiful and precious as the River Chess. Come on Thames Water, take the lead and make the investment in Nature. After all, you depend on living communities to treat effluent and they work for you for free.