Walking at a good pace is regarded as an excellent way of keeping fit, both physically and mentally. Some prefer to use treadmills in a gymnasium, others to be part of a social exercising group, and yet others prefer to take solitary walks in Nature. My enjoyment of walking started when I was growing up in Devonshire and went with my family into the countryside (I’m the little chap, aged 3, leading in the picture below). I preferred my own company on walks in my teenage years, but also hiked with friends on many occasions and enjoyed our conversations. I had no idea of the physical and mental benefits; I just enjoyed walking through lanes, over Dartmoor, or at the coast - including jumping from rock to rock around headlands, something that carried the risk of falling, or of being cut off from the tide. Other walks held little danger, although barking sheepdogs, and dogs other breeds, running from farms, or other properties, could be off-putting. Aside from that, it was all about the enjoyment of striding out, looking at Nature, feeling the warmth (or cold) and generally becoming lost in the experience. It’s still the way I feel when taking country walks, and I still prefer to go alone. 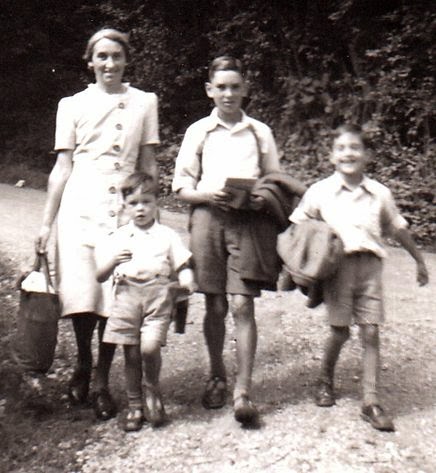 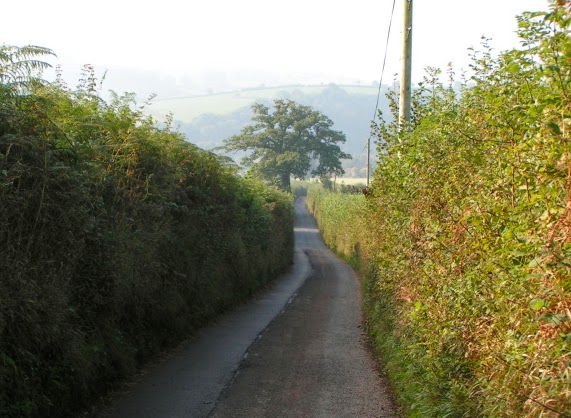 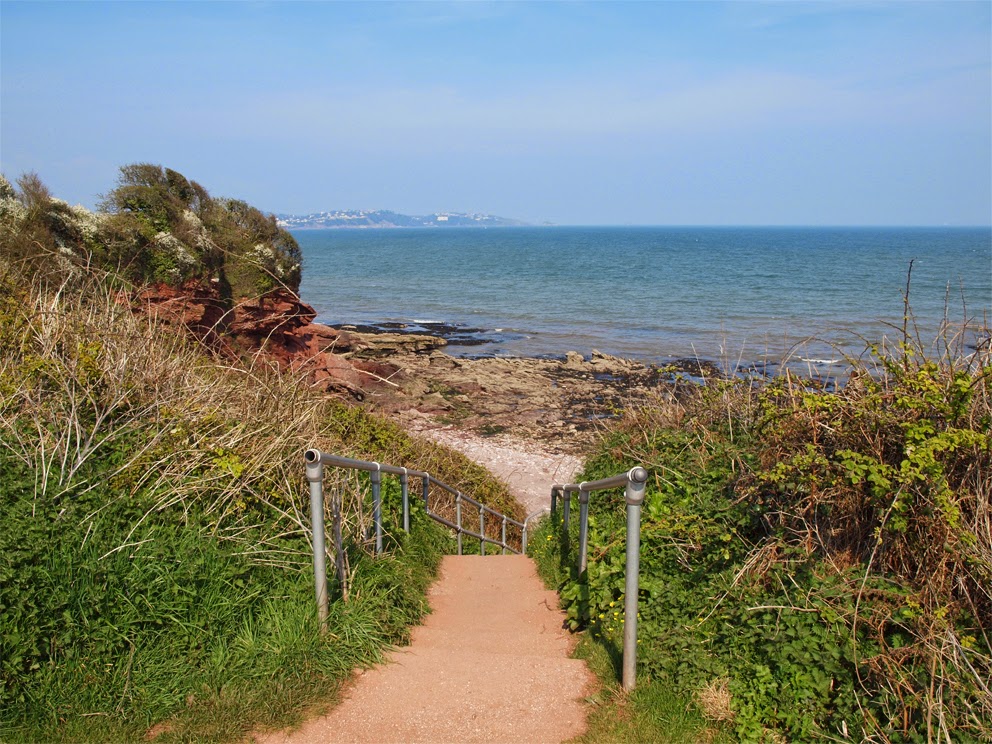 Although I’ve rarely sought explanations for the enjoyment of solitary walks, others have. For example, Rousseau writes of his introspection:

The habit of searching into myself caused me, at length, to lose the feeling, and almost the remembrance, of my misfortunes. I thus learnt, by my own experience, that the source of true happiness is within us, and that it does not depend on man to render truly miserable him who knows how to determine to be happy. These four or five years I have constantly tasted those internal delights which kind and gentle souls find in contemplation. Such raptures, such exstasies, I sometimes experienced in thus walking alone, were enjoyments I owed my persecutors; without them I should never have felt or known the treasures I carried within me. [1] 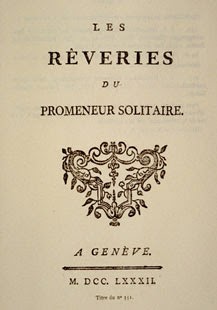 My pleasure is not driven by persecutors and comes from a combination of the exercise and what I see, hear and smell. Even the same route has something different to offer through the seasons. I once asked a low handicap golfer if he ever became bored playing the same links course every day and he replied that it was never the same 18 holes. There were differences in the direction of the wind and its strength; together with differences in dampness, both of the air and of the ground, and all these factors needed to be taken into account when making decisions about the choice of club, or of shot. The golf course was always changing in subtle ways and country walks are never really repeats, for similar reasons to those put forward by the golfer.

What is the scientific evidence for the benefits of country walks? Recently, I read an interesting article in New Yorker by Ferris Jabr, entitled “Why Walking Helps Us Think”. [2] He writes:

What is it about walking, in particular, that makes it so amenable to thinking and writing? The answer begins with changes to our chemistry. When we go for a walk, the heart pumps faster, circulating more blood and oxygen not just to the muscles but to all the organs - including the brain. Many experiments have shown that after or during exercise, even very mild exertion, people perform better on tests of memory and attention.. ..Because we don’t have to devote much conscious effort to the act of walking, our attention is free to wander - to overlay the world before us with a parade of images from the mind’s theatre. This is precisely the kind of mental state that studies have linked with innovative ideas and strokes of insight.

Ferris then goes on to mention the research of Marily Oppezzo and Daniel Schwartz of Stanford University on the link between walking and creativity and also a study by Marc Berman and colleagues at the University of Michigan on the importance of walking in Nature. That stimulated me to read their original research papers.

Oppezzo and Schwartz [3] used separate experiments to allow them to compare sitting, walking on a treadmill, and walking outside, with subjects being assessed using psychological tests. In a thorough discussion of all the possible explanations for their results, they found that:

Walking substantially enhanced creativity.. ..[and] is an easy-to-implement strategy to increase appropriate novel idea generation. When there is a premium on generating new ideas in the workday, it should be beneficial to incorporate walks..

..Walking outdoors on a busy campus did not significantly increase appropriate novelty compared with walking indoors, although the more varied stimulation did appear to increase novelty. This suggests that walking may be effective in many locations that do not have acute distractions. The social context also needs investigation. Participants were encouraged to talk aloud to a friendly researcher. Will the effects generalize to solitary walks?

A good question. It was the effect of walking outdoors that was investigated by Berman et al.. [4] They used two experiments, in the first of which subjects were compared after walking in the city of Ann Arbor and after walking in the relative tranquillity of Ann Arbor Arboretum. There was an improvement in directed-attention ability in the subjects that had walked in the arboretum. Interestingly, a second experiment that showed subjects pictures of nature compared to urban areas in a quiet room produced similar results on cognitive functioning. 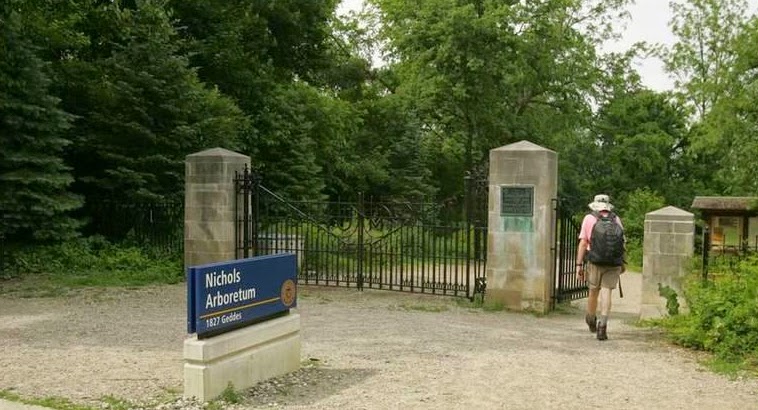 Walking in a natural environment is thus shown to be positive, supporting a commonly-held view, and certainly one which I now realise conditioned my love of country walks. It is interesting that Oppezzo and Schwartz allude to solitary walking as this is certainly my preference as it is/was for others. Ferris Jabr comments that Wordsworth:

..walked as many as a hundred and eighty thousand miles in his lifetime, which comes to an average of six and a half miles a day starting from age five. [2]

Such prodigious amounts of walking through the countryside (perhaps there is a little exaggeration here?), led to creativity, but also to deeper thoughts. As Wordsworth wrote [5]:

..this prayer I make,
Knowing that Nature never did betray
The heart that loved her; ‘tis her privilege,
Through all the years of this our life, to lead
From joy to joy: for she can so inform
The mind that is within us, so impress
With quietness and beauty, and so feed
With lofty thoughts, that neither evil tongues,
Rash judgements, nor the sneers of selfish men,
Nor greetings where no kindness is, nor all
The dreary intercourse of daily life,
Shall e’er prevail against us, or disturb
Our cheerful faith that all which we behold
Is full of blessings..
I suppose that is what solitary walks in the countryside are really all about - an immediate pleasure from exercise in such surroundings, the enhancement of creativity, and adding to a store of deep thoughts. They also bring respect for plants, animals and landscape that reminds us that we, too, are part of the natural World. So much of our time is spent in such an unnatural one and walking in the countryside takes us back to the environment in which we evolved, and which we are trying to destroy in many ways. Is that too fanciful an idea? Perhaps I should attempt to answer that question after taking a few long walks and then report back in a future blog post?

In conclusion, I’ll give another quote from Berman et al. [4]:

Imagine a therapy that had no known side effects, was readily available, and could improve your cognitive functioning at zero cost. Such a therapy has been known to philosophers, writers and laypeople alike: interacting with nature.

[1] Jean-Jacques Rousseau (1783) The Reveries of the Solitary Walker (translated from the French). London, J.Bew.

[3] Marily Oppezzo and Daniel L. Schwartz (2014) Give Your Ideas Some Legs: The Positive Effect of Walking on Creative Thinking. Journal of Experimental Psychology 40: 1142-1152.

I would like to thank Jo Atherton, the well-known potter and flotsam weaver (http://flotsamweaving.com/), for alerting me to Ferris Jabr’s article in a reference on her Facebook page.