A walk through a lush meadow in spring and early summer is always uplifting, especially when it is sunny and there is a gentle breeze. Each meadow is slightly different in the types, arrangement, and quantities of the wild flowers it contains, with mixtures of scarlet, pink, yellow, mauve, blue, white and other hues, all complementing the background green of the abundant grasses. If left, the grasses and flowering plants produce seeds that disperse and ensure the development of new individuals and some seeds may remain dormant for years, while others germinate in the next growing season. 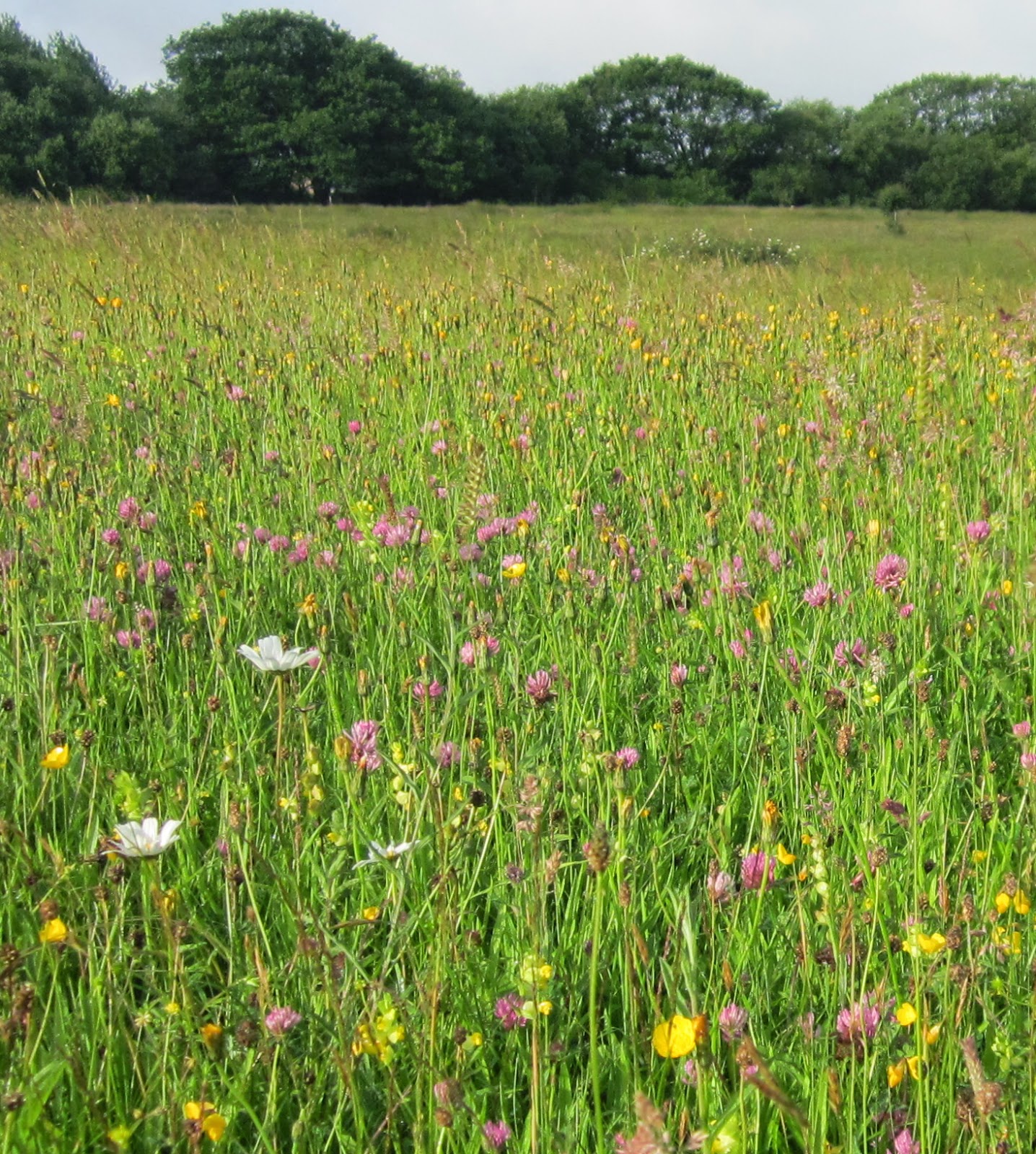 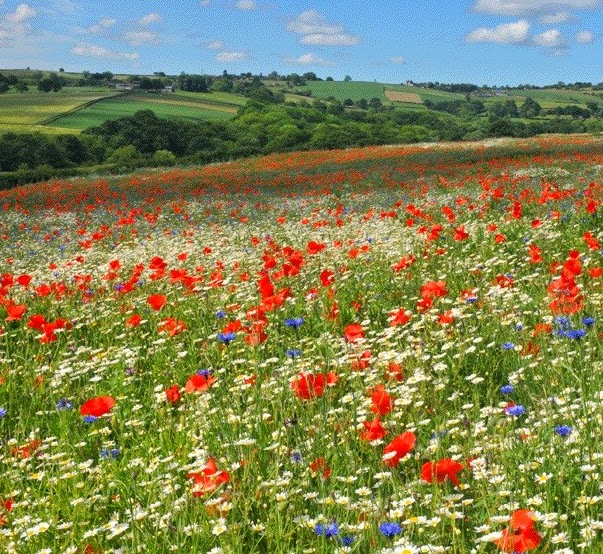 All meadow plants are fed upon by animals, both invertebrate and vertebrate, and this affects the survival of flowering plants as they may then not be able to produce seeds. Grasses, in contrast, continue to thrive and have evolved to cope with grazing pressure by growing from near the base of the leaves. Grazing encourages the growth of more leaves, and seed heads are produced on rapidly-growing stems, some of which may escape the attention of grazers. Grasses are also perennial, while most flowering plants in meadows are annuals.

At some point in human evolution, our ancestors decided to grow plants for aesthetic reasons, rather than for food production, or for grazing by domesticated animals. We humans are eccentric in developing this practice, when compared to other members of the Animal Kingdom, and our replicates of natural meadows are lawns. Grazing animals are not permitted and have been replaced by repeated mowing to encourage the growth of grasses and to remove other plants. Any flowering plants that appear are now called weeds and we do all we can to control them and the mosses that successfully colonise any bare patches of soil not shaded by the grass blades. The term control is important here as it is a human characteristic that we want to dominate Nature rather than be part of it. Most people do not like meadow plants in their lawns because they prevent the ideal of a uniform growth of grass. As Wordsworth put it:

How does the Meadow-flower its bloom unfold?
Because the lovely little flower is free
Down to its root, and, in that freedom, bold 1

It is the boldness and freedom of the plants we love to see in meadows that so annoys us when they appear in our lawns.

We like to exert further control by having clear margins to our lawns and many gardeners also prefer the striped effect provided by rolling, first in one direction and then in the opposite one, successively across the lawn. This is considered to be the epitome of a lawn and large expanses of carefully mown grass feature in the grounds of stately homes, their lawns reflecting a larger-scale power over Nature than in most gardens. With a ha-ha marking the beginning of the rural landscape, the landed gentry could truly impress their visitors. 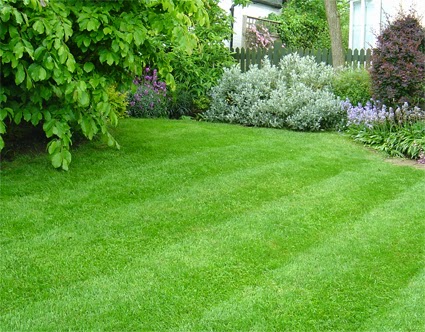 I look after the lawns at my home and keep them as free of moss and meadow plants as I can, with the aid of chemicals and much time spent with a trowel. I certainly have respect for the dispersal capabilities of the plants that appear regularly and wonder at the efficiency of the various mechanisms. By weeding and treating, I am aware that I am arresting a natural process of succession in my lawns and that, if they were not mown, they would become colonised over time by larger, shading plants that would prevent the growth of both flowering meadow plants and grasses, ending up as patches of woodland. Now, I’m not going to allow that to happen.