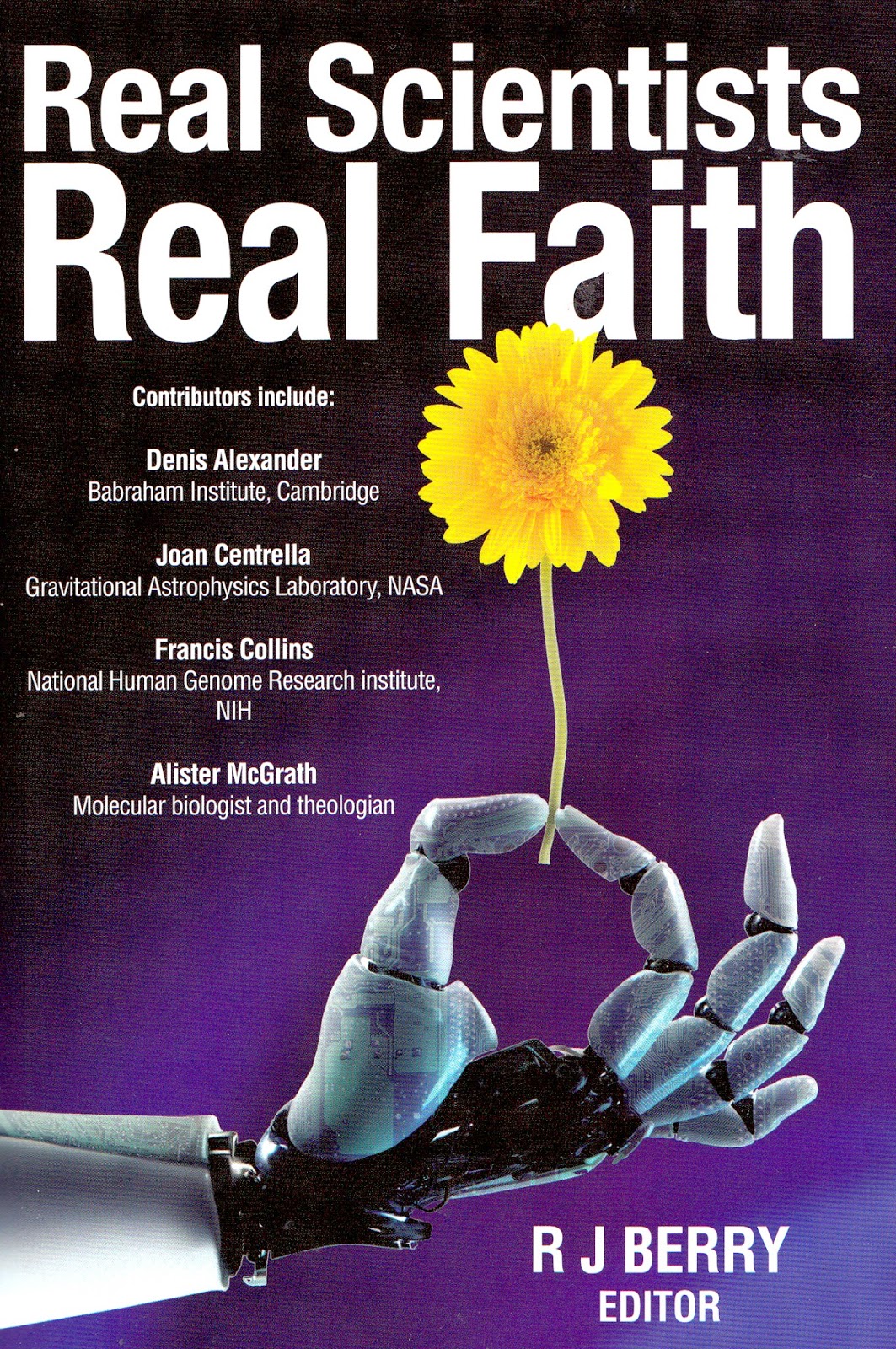 Real Scientists Real Faith is a collection of essays written by scientists about their Christian faith.1 To me, one of these essays stood out - that by Andrew Gosler, a biologist at Oxford University who became a Christian in middle age. His contribution is affectionate, thoughtful and accessible and its lack of dogma may result from having a non-believing wife and a liberal upbringing.

Dr Gosler was raised in a Jewish household and his essay contains this lovely passage about his early life:

I rarely spoke to my mother about God, but I believe she felt his presence strongly in her life. My father’s Judaism is more social and cultural; he has for many years considered himself an atheist, partly because of what he perceived as bigotry and hypocrisy within religion, two things about which he warned us children (I am the second of three sons). Despite all the inconsistencies that I might have experienced through all this in my childhood, I now regard the open-mindedness that I inherited from my parents, which has now allowed me to find faith, as one of the greatest tributes to them. My brothers and I were nurtured in a free-thinking, loving atmosphere for which I shall always be grateful.

As a young boy, Dr Gosler developed a passion for birds and their Natural History and this led to a fascination with form and function, ecology, systematics and evolution. Visits to the Bird Section of the Natural History Museum, described by Dr Gosler as a “cathedral to natural history”, gave him a powerful sense of the presence of God. Evolution was not a problem as:

..I had.. ..been taught (consistently on this point) at school, home and in the synagogue, that the Genesis text was not to be taken literally: its meaning and value lay in the relationship between God, humanity and the natural order that it revealed through allegory. It therefore came as a shock in later life to discover, probably from reading Richard Dawkins’ The Blind Watchmaker, that some people regard Genesis as historical fact..

It was understandable that Dr Gosler would study Environmental Biology at University, perhaps less predictable that he would also study Plant Taxonomy (given the earlier near exclusive interest in birds), but no surprise that he became an assistant at the Edward Grey Institute of Field Ornithology at the University of Oxford, where he took a doctorate and then became a Research Lecturer, a position that he still holds.

It was about fifteen years ago that Dr Gosler became a Christian, having almost by chance started reading the Gospels after finding a Bible amongst the books that he and his wife were packing for storage:

What I found was a Jesus who sounded like my father: hot on the issues of religious bigotry and hypocrisy, and not at all what I’d been led by the atheists to expect.

Dr Gosler then described how he attended a local church and, in time, became baptised as a Christian. His parents attended the service and the sermon was intentionally inclusive in discussing Judaism as well as Christianity, so it must have been a very happy occasion for all who attended.

While identifying that anthropocentricity has been a major cause of destruction and extinction in the natural World, Dr Gosler now found cause for hope:

The present environmental crisis is ultimately a consequence of human greed, of selfishness, of the poverty and criminality that arise from these, and of ignorance. Consequently, and contrary to the assumptions of my youth, I have found that Christ’s teachings have much to offer us by way of salvation from this crisis.

I certainly agree with his sentiments regarding the dangers of anthropocentricity and have entertained friends and family on that subject for many hours. However, as an atheist, I’m not sure that Christianity provides a means of getting out of the mess, although I recognise that Christ’s teachings repeat general messages, in addition to unique spiritual ones.

The aspect of the essay that so strongly appealed to me was Dr Gosler’s liberalism and compassion; the very qualities that were instilled by early family life. As you may know, I am fascinated by the Victorian Natural Historian Philip Henry Gosse and his relationship with his son Edmund. 2 That provides a strong contrast to the upbringing of Dr Gosler and it ended in upset, disappointment and alienation. Henry Gosse was far from liberal in outlook on religious matters and he was immovable in having a belief in the literal truth of the Bible. Of course, this applied to the account of the Creation, something that was at variance with developing ideas in Biology and, especially, the time scales now becoming accepted in Geology. Gosse produced a solution to the conflict between the account in Genesis and developing scientific thought in his theory of prochronism, where he accepted the idea of geological time, but proposed that this was apparent rather than real, the whole being part of the sudden Creation. His theory was published in Omphalos, 3 where he also tackled the idea of the creation of plants and animals, each being unique. It is perhaps unfair to condense Omphalos into so short a mention, but it does give an example of Henry Gosse’s rigidity when it came to the interpretation of The Bible. Omphalos ends triumphantly with this (Gosse’s capital letters):

“IN SIX DAYS JEHOVAH MADE HEAVEN AND EARTH, THE SEA, AND ALL THAT IN THEM IS.”

This rigidity came between father and son and, after Edmund moved to London and became involved in the world of The Arts, there developed a deep antagonism between the two men. Henry believed in the imminence of The Second Coming of Christ, so was always concerned that Edmund should be ready and he badgered him about his friends and his views in general. It is all recounted by Edmund in Father and Son 4 and, while this is a one-sided view, and may contain some imaginative descriptions of events, it shows how difficult family relationships can be when there is a lack of acceptance of another’s views and, especially, where these concern religion. 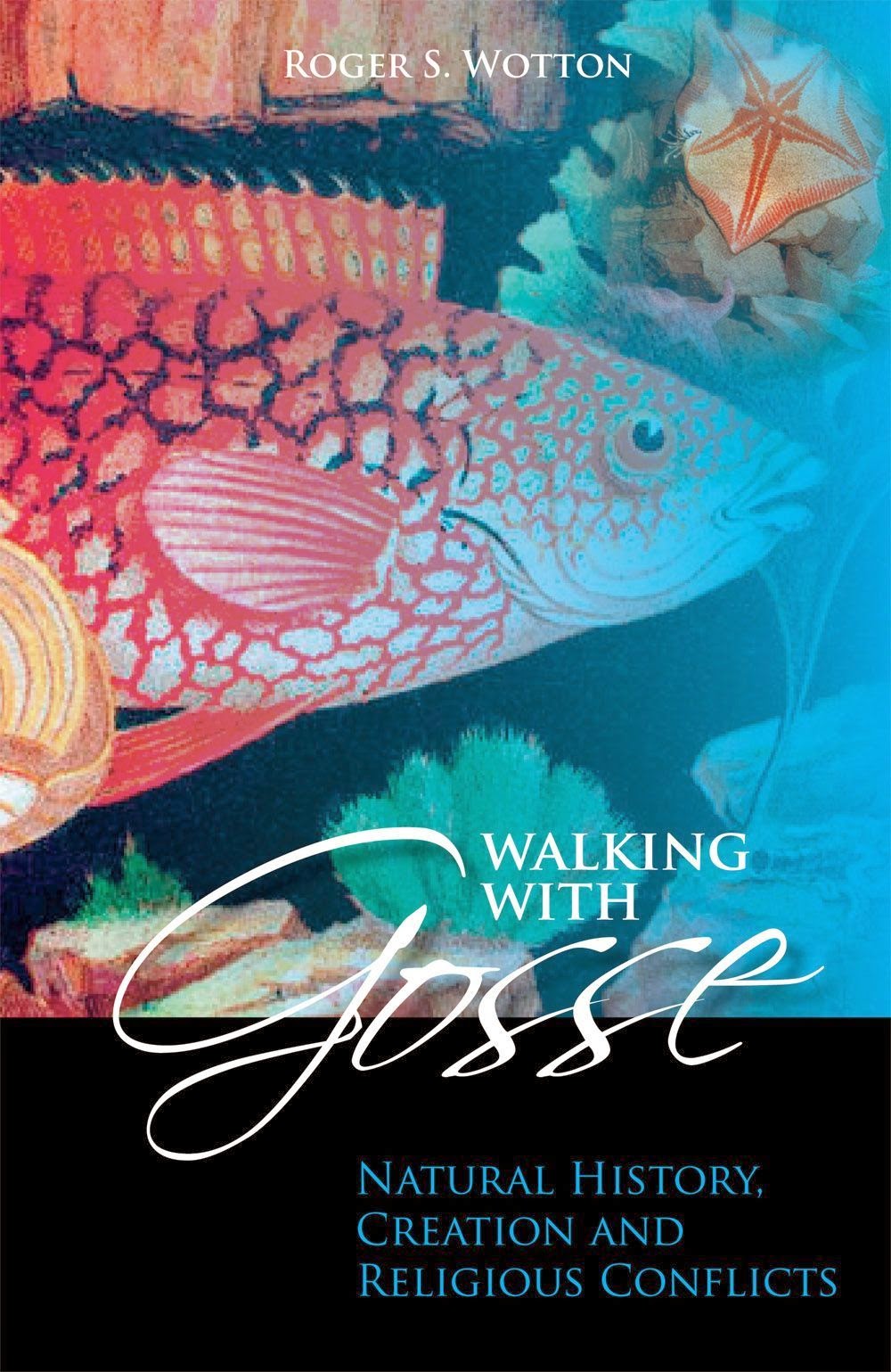 It was against the background of the Gosses that I viewed Dr Gosler’s account of his own upbringing and subsequent development of belief in Christianity. It’s true that there is well over a hundred years between the two families, but there are those who still have as rigid a view on religious belief as Henry Gosse. I have great admiration for his many important contributions to Natural History and recognise that he was loving and caring, but my real fondness for the man stops at his religious views. Henry’s rigidity inevitably resulted in conflict.

To an atheist like me, it is puzzling that the same Bible and the same basic belief in its contents can spawn such divergent views and opinions. It is very human, of course, but it emphasises the personal nature of belief. Trying to say one’s own view is the correct one always ends in trouble and how can this stance be justified?

I would like to thank Professor Sam Berry for sending me a copy of Real Scientists Real Faith. It is unlikely that I would have read Dr Gosler’s essay had he not been kind enough to do so.