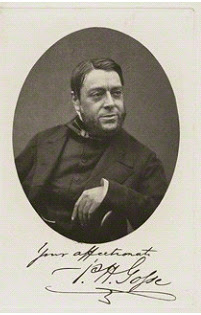 In Walking with Gosse, I asked whether my sense of wonder in looking at Nature was different to that experienced by Henry Gosse. For Henry, it was confirmation of the extraordinary power of the Creator, whereas I feel astonished at the results of evolution and my lack of understanding of the time scale involved in progressing from the first forms of life to those we have now. I had no need for a supernatural explanation.

Having read John Shea’s interesting article Grasped by God in Nature in The Jesuit Post, I approached him for his view on the question I had posed. John is a Jesuit and also a Biologist with a PhD in Parasitology. This is what I wrote to him:

“My interest in Henry Gosse, and his famous son [Sir] Edmund, developed into a book entitled Walking with Gosse: Natural History, Creation and Religious Conflicts, where I used autobiography to link their biographies, as all three of us share similarities and differences in our approach to religious belief and to Nature. So, now I come to my question. I am an atheist (but definitely not of the proselytising kind) and wonder whether the thrill which I get from looking at living things is different in quality to the feelings which were so important to Henry Gosse. As your appreciation is also clearly enhanced by your religious belief, are my feelings of a lesser kind? Of course, I realise that there is no definitive answer to the question, but I would be interested in your view. I think that Natural History is one of the great soothers, as you point out in the closing section of Grasped by God in Nature.”

“You ask if the thrill you get (as an atheist) from looking at living things is of a ‘lesser kind’ relative to someone with religious beliefs.  As you correctly note, there is no ‘definite’ answer to this question.  It’s difficult (impossible?) to make comparisons among individuals’ subjective experiences.  If I had to guess, however, I would say that each of our experiences and feelings of awe are generally the same.  But we interpret them differently.”

So, from this helpful dialogue, I conclude that my question can have no answer, but that we can all experience awe in Nature and that feeling is qualitatively similar whatever our religious beliefs. It is a good feeling and one that we can all share and maybe I’m right in promoting it as something we can used to overcome barriers and conflicts?

John then pointed me to an article on Aweism by Phil Zuckerman, which I had not read before. It gives a perspective that I found valuable and I would like to highlight a quote from the article:

“I am often in a state of awe. Granted, this isn't a perpetual state of being. I don't constantly walk around with my mouth wide open, my jaw slack, and my eyes brimming with tears of wonder and elation. My heart isn't constantly expanding nor is my spine perpetually tingling. However, I do regularly experi­ence awe. How often? Can't say for sure. Sometimes it comes from being in nature; sometimes it comes from interacting with people; sometimes it comes from drinking beer in Scot­land, reading Tarjei Vesaas, listening to Nick Drake, walking along the Kattegat Sea, or picking up my kids from school. Sometimes it comes from contemplating existential mysteries. Both the mundane as well as the profound can, at random times, stimulate a feeling of awe. But whatever the source, it is a feeling that constitutes an integral part of my life experience and is a central pillar of my identity.”

So, as Phil Zuckerman remarks, the sense of wonder in Nature fits in with the other sources of awe which we all experience. He continues:

“Aweism is the belief that existence is ultimately a beautiful mystery, that being alive is a wellspring of wonder, and that the deepest questions of life, death, time, and space are so power­ful as to inspire deep feelings of joy, poignancy, and sublime awe. To be an aweist is to be an atheist and/or an agnostic and/or a secular humanist-and then some. An aweist is some­one who admits that existing is wonderfully mysterious and that life is a profound experience.”

Although I don’t like the term aweism, it explains these amazing qualities of life that we all enjoy and which bring emotional refreshment. We have these whether we believe in a God, or not. It’s all down to the explanation which we wish to give to our experiences of awe, while recognising the universal human propensity to be deeply moved. Nature brings us together, but our differences over the interpretation of the awe that we feel in Nature can drive us apart. Why can’t we be inclusive?

With thanks to John Shea - see more of his articles at: http://thejesuitpost.org/site/author/jsheasj/

Grasped by God in Nature: http://thejesuitpost.org/site/2012/04/grasped-by-god-in-nature/ 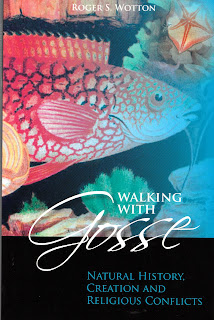 P.S. The photograph at the start of this post is of  Henry Gosse - I look rather different. Henry was a fascinating man who deserves our admiration.
Posted by Roger at 02:23